Art of the Americas: Latin America and the United States, 1800 to Now! 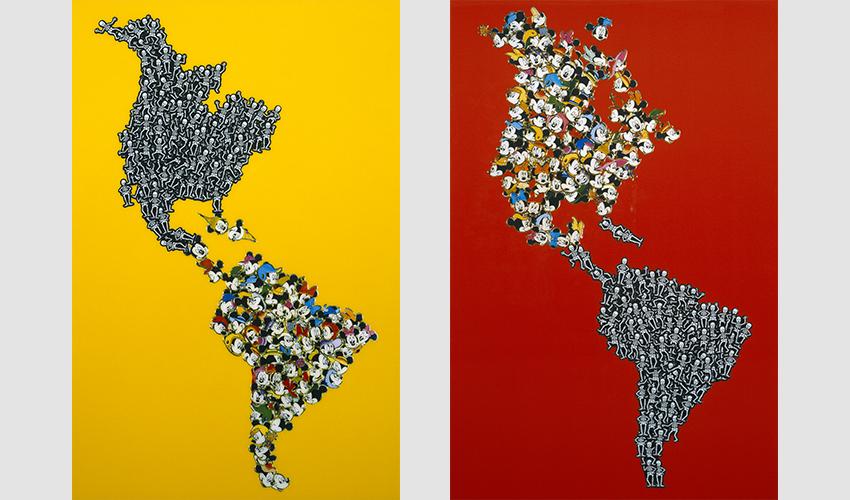 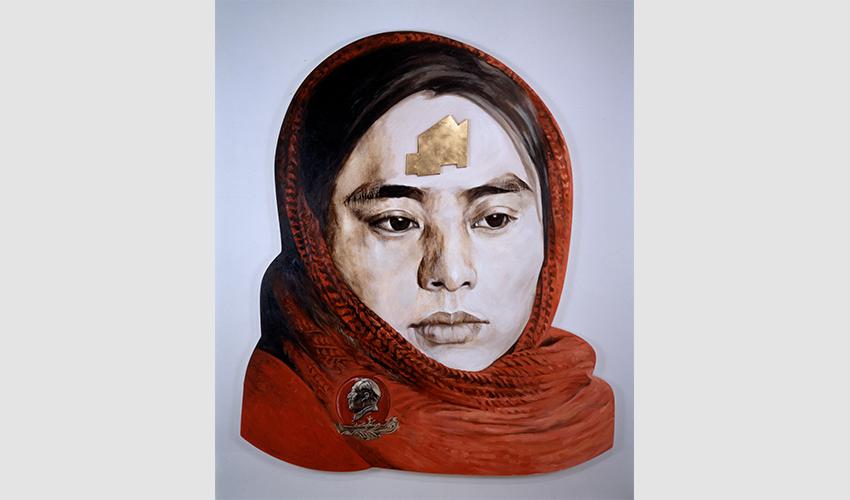 Hung Liu, A Third World, 1993.  Oil on canvas with gold leaf on wood.  SBMA, Museum Purchase with funds provided by the 20th Century Art Acquisition Fund, and by Jill and John C. Bishop, Jr. and Lillian and Jon B. Lovelace. 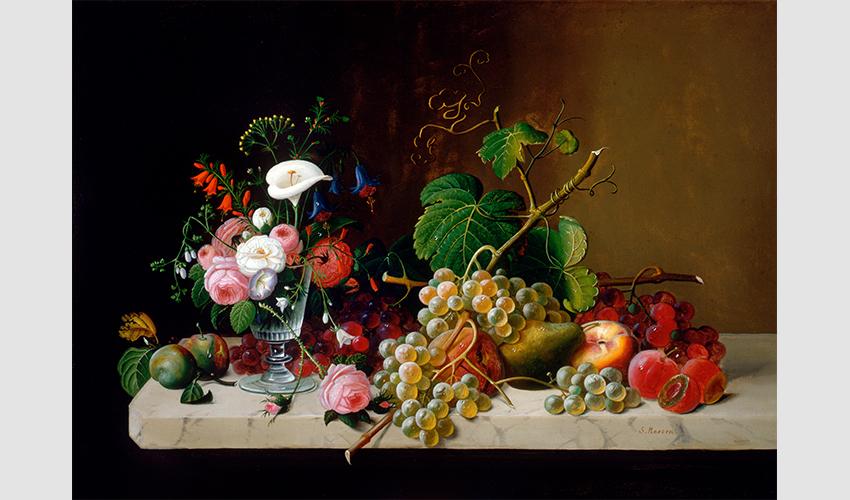 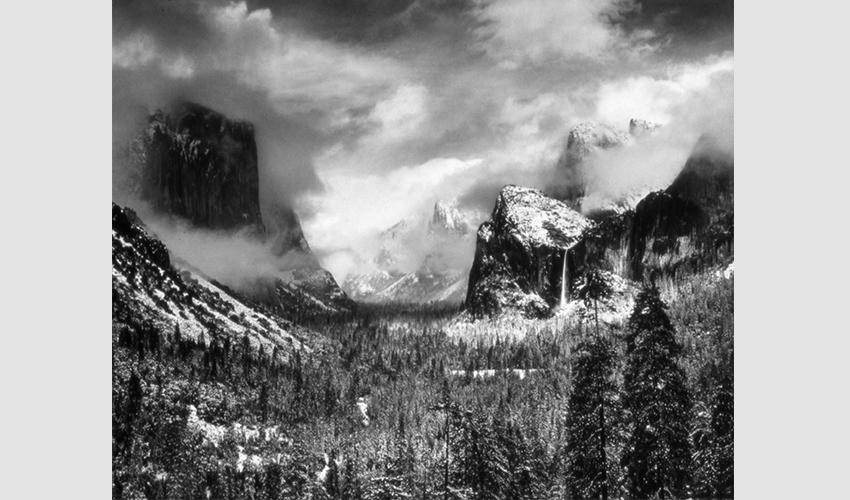 Art of the Americas was the centerpiece exhibition of a grand celebration of American art at the SBMA during 2004.  This dramatic presentation of the SBMA’s distinguished permanent collection offered viewers the opportunity to compare works from across centuries and countries of origin and come up with fresh ideas of what it means to be American.  SBMA Director Phillip M. Johnston and Curator Diana C. du Pont engaged award-winning architect Frederick Fisher to create the Museum’s new look.  Fisher used freestanding architectural elements called “interventions” to add distinctive accents, and, for the walls, architectural colorist Scott Flax chose a family of colors evoking the idea of many voices connected by a larger whole.  Each gallery was distinguished by color and thematic groupings.  The nearly 200 paintings, drawings, sculptures, prints, photographs, and installation art were divided into four categories:  people; places; things and things abstracted; and art, society, and politics in the Americas.

The United States artist James Peale’s portraits of Mr. and Mrs. Rouvert of 1803, for example, seen alongside Mexican artist Federico Cantú’s image of himself and his wife Gloria, of more than a century later, demonstrated radically different treatments of the double portrait, a time-honored convention in western art.  William Merritt Chase’s Lady in Pink, 1886, juxtaposed with Walt Kuhn’s Trude, 1931, elicited the same exciting opportunity for new perspectives, in this case on the varying representations of women in the Victorian and modern periods. Joaquín Torres-García’s Constructivist grid, 1932, and Adolph Gottlieb’s pictograph, 1947, formed a compelling pair, revealing as many differences as similarities in how these artists interpreted modernist form and ancient indigenous art.  Two installation pieces, Carrie Mae Weems’ The Jefferson Suite, 1999, and Miguel Ángel Ríos’ untitled quipu (ancient tabulating device from the Andes), 1993, spoke to the common theme in contemporary art of history and identity.  Works of the last decade by Hung Liu and Xiaowen Chen expanded the understanding of the American experience, addressing the theme of identity and issues concerning immigration from Asia to the United States.