Drawings in Dialogue: Italian and Northern European Works on Paper from the Joseph B. and Ann S. Koepfli Trust 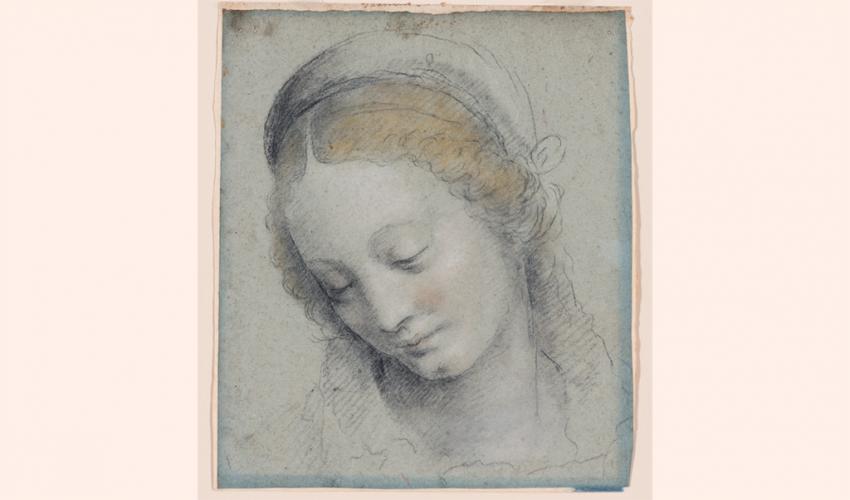 Bernadino Lanino, Head of a Veiled Woman, Looking Down, c. 1540. Black and white chalk, with peach and yellow pastel on blue paper. Santa Barbara Museum of Art, Gift of The Joseph B. and Ann S. Koepfli Trust.

This selection of works on paper exemplifies the rich artistic dialogue between Italian and northern European artists from the 16th through 19th centuries. Study in the major art centers of Italy has long been a prerequisite for any aspiring artist in the Western tradition. In the Renaissance, artists traveled to Italy to examine firsthand the vestiges of Greek and Roman antiquity, preserved in ancient sculpture and architecture throughout the country. By the 17th century, German, Flemish, and Dutch artists making sojourns south increased so much that they established their own artistic communities in Rome and Venice. After their Wanderjahre – the period during which artists traveled to absorb the various techniques and styles practiced in major cultural centers throughout Italy – most of these itinerant artists returned home, painting and drawing in an Italianate idiom, while others remained in Italy.

All of these works of art have been promised to the Museum by former Board chair and longtime Santa Barbara resident Ann S. Koepfli. They represent her refined sensibility and informed connoisseurship.