Risking the Abstract: Mexican Modernism and the Art of Gunther Gerzso 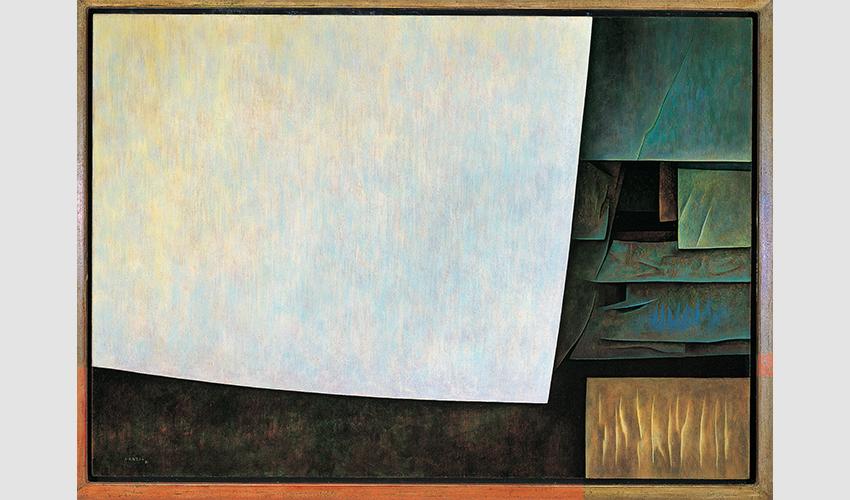 Having created a personal and poetic style of abstraction rooted in nature, architecture, and the human figure, Gunther Gerzso pioneered a new direction in modern Mexican painting at the mid-20th century.  He looked beyond the socially committed and dramatically expressive mural painting of the Three Great Ones (Los Tres Grandes)—Diego Rivera, David Alfaro Siqueiros, and José Clemente Orozco—but was as passionately committed to his native Mexico as the muralists were.  He studied its past and observed its present, transforming the elicited thoughts and feelings into abstract “plastic poems” about his personal, internal experiences.  A multi-faceted artist, Gerzso also gained renown as one of the greatest set designers ever of the Golden Age of Mexican cinema.  Working with major directors of modern Mexican films like Emilio Fernández, Alejandro Galindo, and Luis Buñuel, as well as with the major stars of Mexico’s silver screen, among them Dolores Del Río, Maria Felíx, and Pedro Armendáriz, he won many awards, including an Ariel—Mexico’s equivalent of Hollywood’s Oscar.

The exhibition was organized by the Santa Barbara Museum of Art in cooperation with the Consejo Nacional para la Cultura y las Artes, through the Instituto Nacional de Bellas Artes and the Museo de Arte Moderno, Mexico.