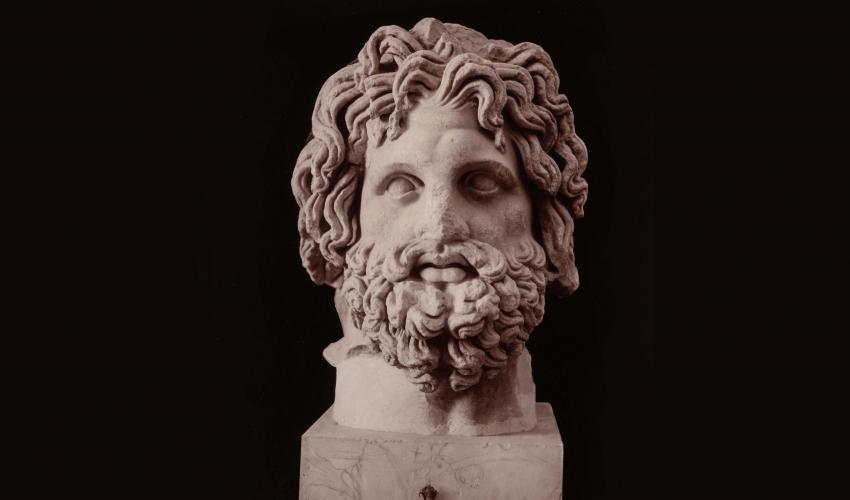 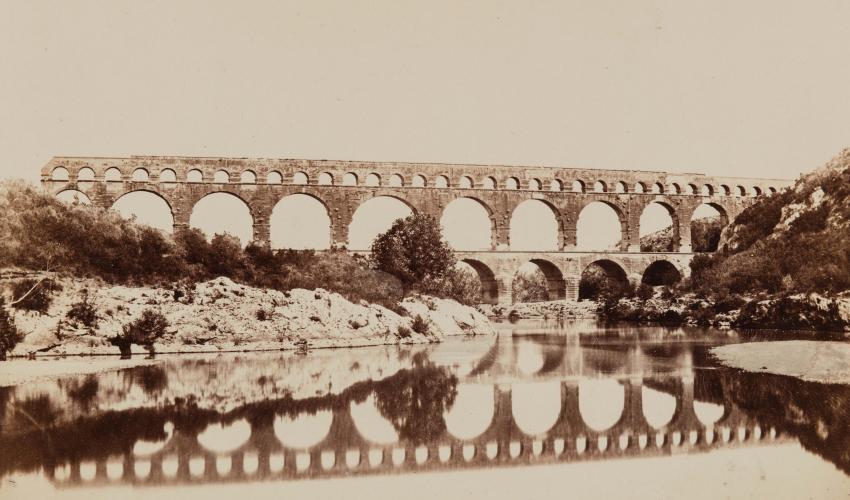 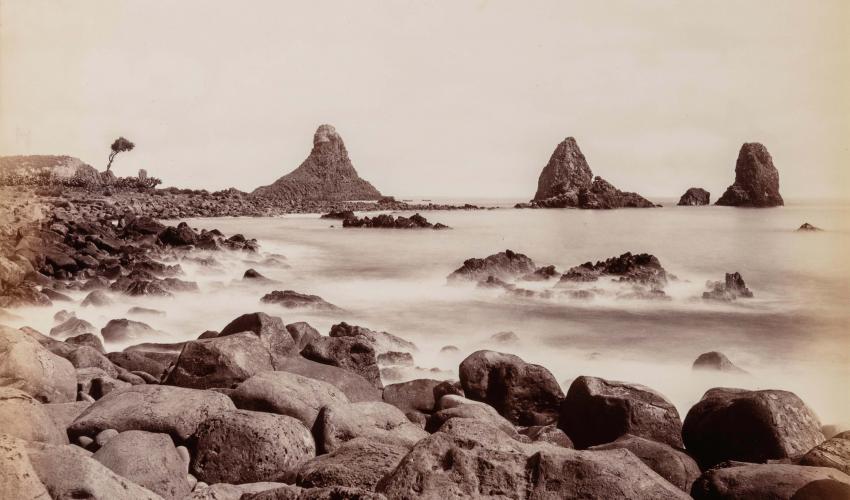 Soon after the announcement of the invention of photography in 1839 in Paris and London, artists, scientists, and entrepreneurs seized on the new medium’s astonishing ability to register the world in greater detail and sweep than ever had been possible in traditional paintings, drawings, and prints. A major subject throughout 19th-century European photography was the Greco-Roman past—its historical monuments and sites as well as evidence of its influence on the visual culture of the day.

This exhibition features the work of 19th-century photographers who sought to capture Europe’s Greco-Roman legacy, both in the countries of its origin and in modern monuments that adapted the visual style and aura of antiquity for reasons of political power and aesthetic legitimacy. Together with three antiquities from the Santa Barbara Museum of Art’s renowned collection, the photographs in this exhibition demonstrate the powerful persistence of Greco-Roman art and culture in the European visual imagination for well over two millennia.