Religious Images of the Christian East 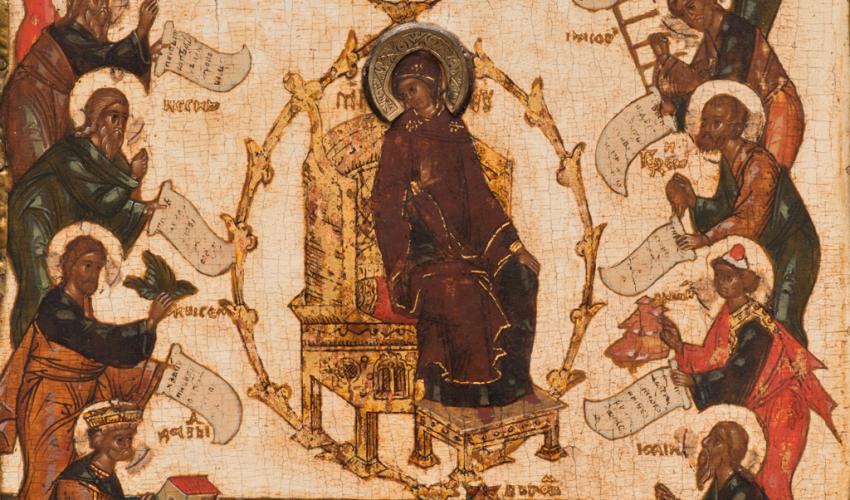 Portraits of Jesus Christ, His mother and His saints invoke the presence of God, to whom every Christian prayer is addressed. Before the Reformation, such images were habitually used by believers all over Europe, both in church and in private. The custom of painting them on wood originated in present-day Egypt, Syria and Turkey, later spreading from there to Italy and further north. Orthodox Christians in Greece, Russia and elsewhere refer to such paintings as icons. In order to make the holy figures easily recognizable, icons usually repeat familiar compositions on the basis of earlier models. Some such models are supposedly derived from authentic, miraculously produced portraits of Christ. Others go back to images that have frequently helped those who prayed in front of them. The examples in Religious Images of the Christian East illustrate the traditionalism of icon painting: even though they were made in the early modern and modern periods, ca. 1500-1900, their artistic style does not differ greatly from that of fourteenth-century Italian panel painting, an examples of which is also exhibited.

This exhibition is guest curated by Georgi R. Parpulov. Dr. Parpulov received his M.A. in History from Sofia University and his Ph.D. in Art History from the University of Chicago. He was formerly a senior research fellow at Lincoln College, Oxford, as well as a curatorial fellow at the Walters Art Museum, Baltimore, where he worked on the exhibition Sacred Arts and City Life: The Glory of Medieval Novgorod (2005).