William Merritt Chase, Children on the Beach (detail), 1894. Oil on board. SBMA, Bequest of Margaret Mallory. 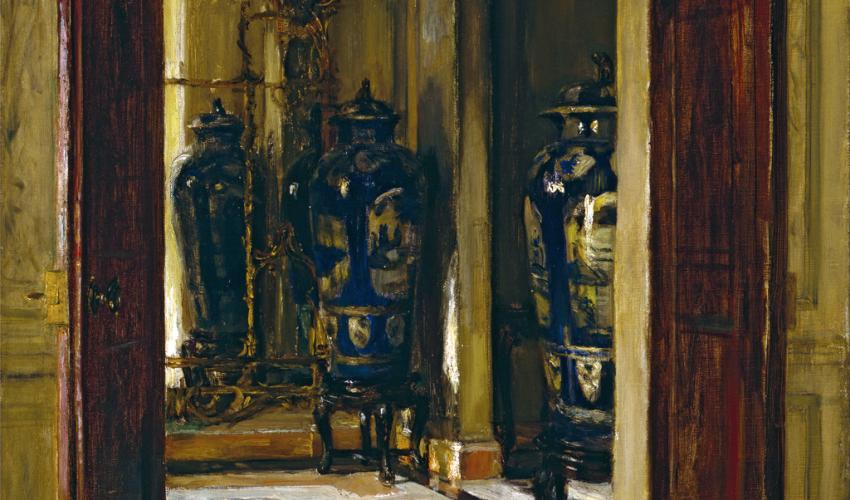 Walter Gay, Interior of the House of the Artist’s Brother in Boston (detail), 1902. Oil on canvas. SBMA, Anonymous donor for the Preston Morton Collection.

The Preston Morton Collection, which forms the core of American art at SBMA, was gifted in 1961 upon the occasion of the 20th anniversary of the Museum’s founding. In so doing, Preston Morton ensured that SBMA could boast one of the most comprehensive overviews of American art from the 18th to the mid-20th century among mid-sized institutions. The timing of the gift was significant, representing a corrective to the European bias of midcentury canonical modernism and a proud reassertion of home-grown American art.

This selection of small format paintings is a reminder of the breadth of the Museum’s holdings in this area. Oil and brush conjure the illusion of near and far persuasively, from the close perspective of still life, to the life-size proportions of bust portraiture, to sublime expanses of land and sky. Whether within hand’s reach or at an immeasurable distance, both types of visual experience are captured within the confines of a canvas no more than 15 inches in diameter.