"The 500 Faces of Teotihuacan" 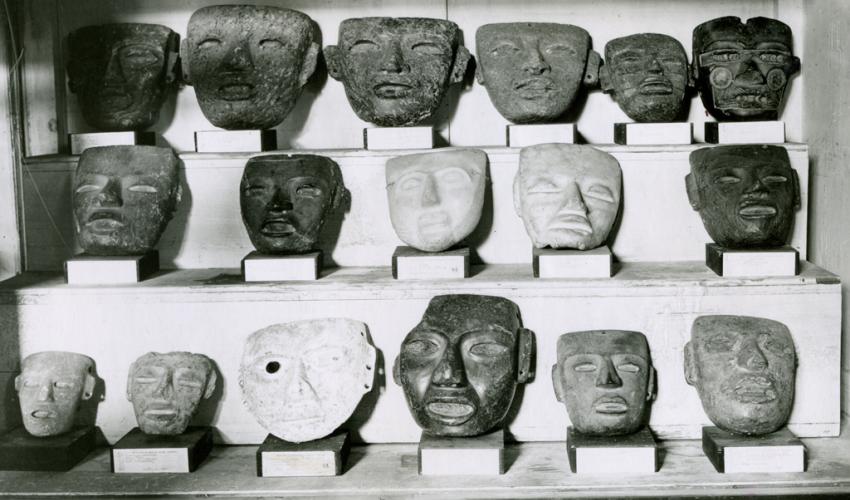 From 100 BCE to 600 CE, the ancient Mexican city of Teotihuacan dominated Mesoamerica though a complex mixture of religious, economic, and military power. As a city, it presented a unique and unprecedented environment for its inhabitants, drawn from all over Mesoamerica, to become citizens of a unique urban experiment. It did this through the deployment of specific kinds of objects and images in specific kinds of architectural and spatial contexts. This talk explores one of Teotihuacan’s most famous object types—enigmatic stone faces that seem to represent the city’s physical and material ideals. It is a tale of two canons: the modern canon of these objects, from their earliest discoveries in the 18th century to their presence in museum displays and private collections around the world, and the ancient canon of these objects as their makers might have understood it. In the modern canon, it is precisely the lack of contextual knowledge about these objects that allows them to serve as almost stereotypical representatives of Teotihuacan as a culture. In the ancient canon, it may be that the masks represent an ideal that in other Mesoamerican cultures was closely tied to the Maize God. Understanding these objects in this way gives us a sense of how Teotihuacan understood its place in a broader Mesoamerican history, and how these objects gave its citizens a vision of themselves as parts of a larger whole.