Ashes to Dust: American Art and the Dreadful Thirties 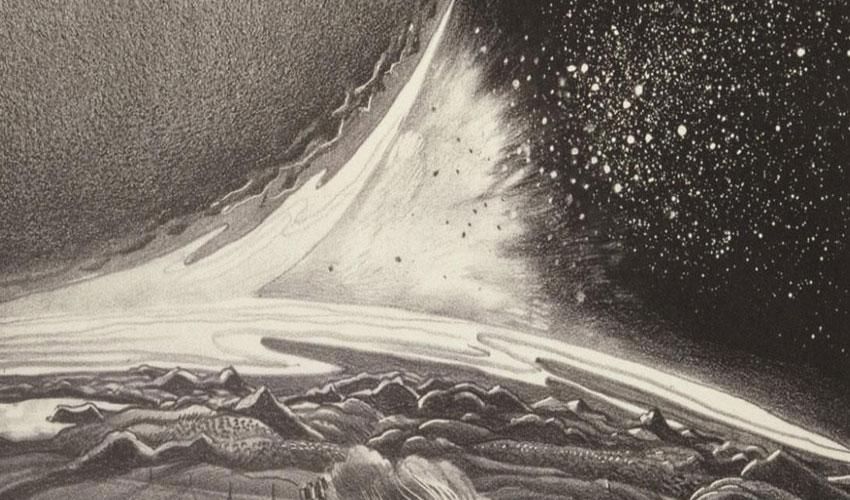 We are currently in the throes of disaster: climate change, coronavirus, political violence, and more. We have experienced this before, of course, as the scariest thing about catastrophes is that they repeat themselves, manifesting as suffering and as culture. This talk examines artworks representing two catastrophes unfolding during the 1930s in the United States: one actual (the Dust Bowl), the other hypothetical (the end of the world). It features paintings, prints, and photographs by several artists, but focuses on Arthur Rothstein’s haunting Dust Bowl photographs of Texas and Oklahoma (taken in the spring of 1936) and Rockwell Kent’s fantastical “End of the World” lithographs (published in Life magazine in 1937). Rothstein’s iconic photographs depict an unprecedented ecological disaster and Kent’s prints illustrate four possible scenarios of cosmic doom—the moon crashing into the earth, for instance, and a sudden solar flare-up—proposed by Hayden Planetarium astronomers in New York.

Though very different artists, Rothstein and Kent produced images that were popular despite their appalling content. Their visualizations of apocalyptic events, which were published in scientific journals and popular periodicals, reflected the widespread existential fears about economic depression, agricultural disaster, and European fascism that characterized the 1930s. By interpreting the artworks and considering how they were distributed to the American public, this talk demonstrates the psychological and aesthetic processes that structured feelings of dread during the decade.