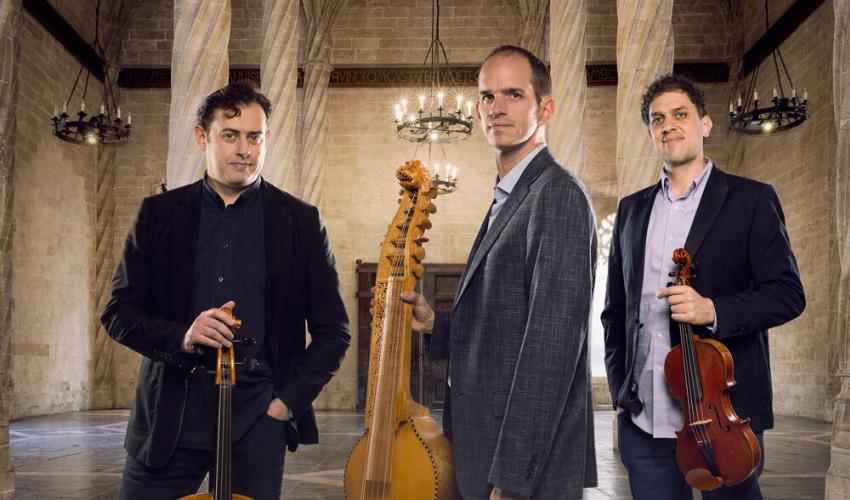 The Valencia Baryton Project was formed by colleagues from the opera of the Palau de les Arts (Valencia) and the Orchestre Nationale de Montpellier with the vision of performing the nearly 160 works written by Franz Joseph Haydn for the baryton as well as compositions by other composers, both modern and classical. At the heart of the ensemble is the traditional baryton trio—baryton, viola, and violoncello—for which Haydn wrote 123 works of outstanding beauty during his time as the court composer for the Prince Esterhazy of Austria. The Valencia Baryton Project's debut CD with Naxos Records saw them as the cover feature of Spain's principal classical music publication, Ritmo, and the album has been met with glowing reviews such as "delightfully inventive" (The Strad), "and exquisite work of chamber music playing" (Ritmo) and "a deep and stylish sound" (American Record Guide). With Alex Friedhoff (former Music Academy of the West student, 2004 and 2005) on cello, Estevan Reis on viola, and Matthew Baker, who is one of only a handful baryton performers in the world, the Valencia Baryton Project have delighted audiences in North, Central, and South America as well as Europe with what is considered to have been the pinnacle of aristocratic instruments of the classical era. This is Valencia Baryton Project’s first time performing at SBMA.

In an effort to create the safest possible environment, please note visitors who plan to attend an event in SBMA’s Mary Craig Auditorium must show proof of being fully vaccinated with a booster (if eligible) OR, in some cases, supply a negative Covid-19 medical test result (taken within 72 hours prior to each event), along with an official photo ID, before entering the venue. All visitors must also follow SBMA’s mask policy and wear a mask while attending events in SBMA's Mary Craig Auditorium.