Autumn Light: Changelessness and Change amidst the Turning Seasons of Japan 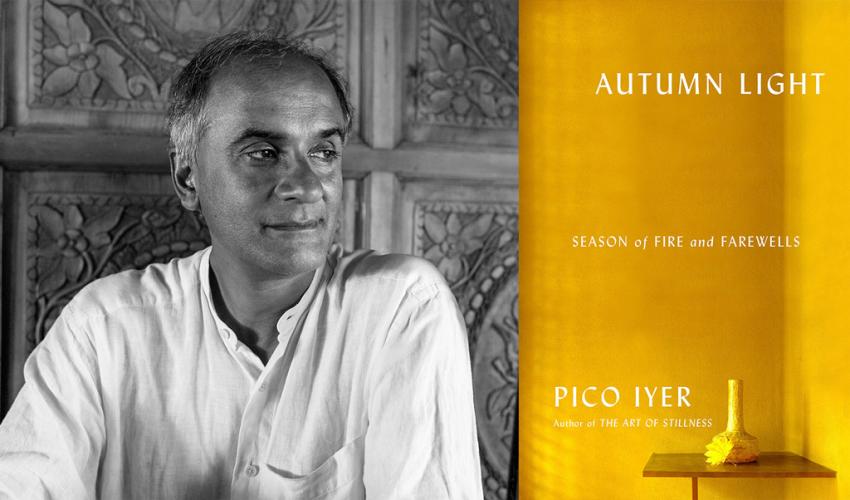 Parallel Stories turns its gaze both inward and outward as the ever-engaging author and Santa Barbara favorite Pico Iyer shares his new book, the fruit of 31 years of reflection on his adopted home near Kyoto. In Autumn Light, Iyer describes a single season in his suburban neighborhood in Japan as the leaves turn, the skies grow ever more brilliant, and he watches elders die, grandchildren arrive, and all the universal questions of love and loss play out in a world of ancestor worship and moon-viewing. Walking every day to the post office, thinking about how autumn teaches "joyful participation in a world of sorrows" - and playing furious games of ping-pong daily with his aging neighbors-Iyer tries to set the beauty of the moment against the fact of our impermanence.

Pico Iyer is the author of more than a dozen books of fiction and non-fiction and has been writing regularly, for more than a quarter-century, for more than 200 periodicals worldwide. Two of his recent books, The Art of Stillness and The Open Road were national bestsellers. This spring he has been Ferris Professor of Journalism at Princeton. In September, as a further run-up to the 2020 Olympics in Tokyo, he will publish a companion book to Autumn Light, A Beginner's Guide to Japan, which looks at the Faraway Island through an almost contradictory lens.

Parallel Stories is a literary and performing arts series that pairs art and artists with award-winning authors and performers of regional, national, and international acclaim. This series functions as a multidisciplinary lens through which to view the Museum's collection and special exhibitions.