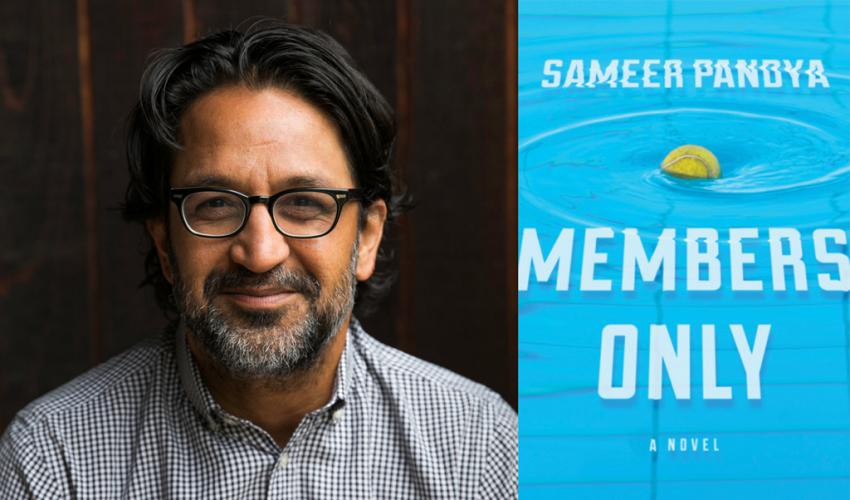 This summer, Parallel Stories goes virtual in an online launch for Santa Barbara resident and Museum literary partner Sameer Pandya and his debut novel Members Only. Connect via Zoom for a reading and conversation between Pandya and the novelist Ivy Pochoda as they discuss this irreverent, tense, and sly novel that The New York Times Book Review recently said is as “witty as it is woeful.” In the novel, meet Raj Bhatt, a middle-aged man at a moment of crisis, one that is at least partially of his own making. Raj emigrated from Bombay to California as a kid and has always felt like he is on the outside, looking in. In the unraveling of his life over the span of a week, Pandya explores ideas of race, belonging, and the grace and indignities of middle age.

All SBMA Members who sign up to attend this virtual event will be entered into a raffle to win one of ten personalized copies of Sameer Pandya's book "Members Only." The raffle will take place after the event on July 7, and books will be available for pick up at the Museum Store.

Sameer Pandya is the author of the story collection The Blind Writer, which was long listed for the PEN/Open Book Award. He is also the recipient of the PEN/Civitella Fellowship. His fiction, commentary, and cultural criticism has appeared in a range of publications, including The Atlantic, Salon, Sports Illustrated, ESPN, and Narrative Magazine. He teaches creative writing and literature at UC Santa Barbara, where he is an Assistant Professor in the Department of Asian American Studies. Members Only is his first novel.

Ivy Pochoda is the author of the critically acclaimed novels Wonder Valley, Visitation Street, and These Women. Wonder Valley won the 2018 Strand Critics Award for Best Novel and was a finalist for the Los Angeles Times Book Prize and Le Grand Prix de Litterature Americaine, as well as being chosen as an NPR and Los Angeles Times Book of the Year. Her books have been translated into five languages, and her writing has appeared in The New York Times, Wall Street Journal, Los Angeles Times, and Los Angeles Review of Books. Her first novel, The Art of Disappearing, was published by St. Martin’s Press in 2009. She teaches creative writing at the Studio 526 Skid Row.