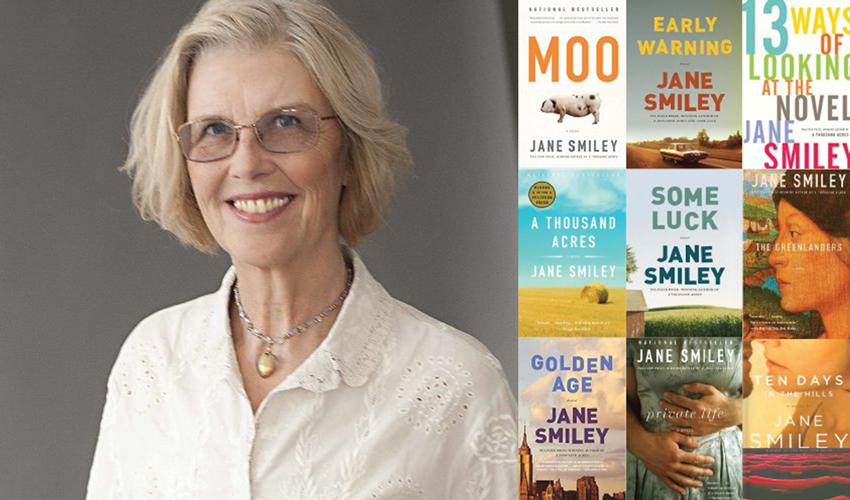 “A novelist has two lives—a reading and writing life, and a lived life. He or she cannot be understood at all apart from this.” —Jane Smiley, 13 Ways of Looking at the Novel

Parallel Stories takes a close look at the life-long passions, prodigious productivity, and well-honed writing practice of Pulitzer Prize-winning author Jane Smiley in a far-ranging conversation with longtime friend, fellow author, and colleague in the Creative Writing program at UC Riverside, Andrew Winer. Often epic in scale and yet intimate in telling detail, Smiley’s multigenerational tales tell the story of middle America written, says Winer, “with a classic sense of humanity and compassion that have made her name part of any serious conversation about fiction in our time.” Hailed as one of America’s greatest living writers, Smiley was inducted into the American Academy of Arts and Letters in 2001, and in 2006 she received the PEN Center USA Lifetime Achievement Award for Literature. Her intimate evocations of American life have been compared to John Updike’s Rabbit Angstrom tetralogy; Updike himself praised Smiley for working on what he called “the edge of acceptable novel writing,” where she had replaced “plot and suspense with something freer and more lifelike.“