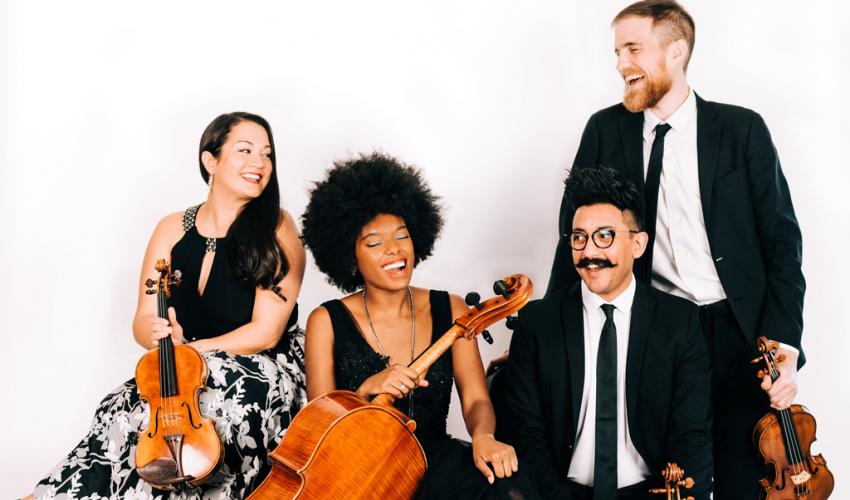 The Thalea String Quartet brings together artists of Nigerian, Venezuelan, Japanese, and Canadian heritage. With repertoire as diverse as its members, and every bit as exuberant, Thalea connects with audiences on a musical, emotional, and personal level, from first-time listeners to string quartet aficionados. Top prizewinners at both the 2018 Fischoff and Chamber Music Yellow Springs Competitions, Thalea was founded in 2014 and made its U.S. début at the Kennedy Center in 2016. They have performed across North America and in Italy, France, and Belgium. “Thalea never failed to deliver a stirring performance.” - Calgary Herald

They will perform Aaron Copland’s Movement for String Quartet, a new work being written for the Thalea Quartet, Beethoven’s Op. 59 No. 2, and Three Folksongs in Counterpoint by African-American composer Florence Price.