wild Up at SBMA: GRADIENT 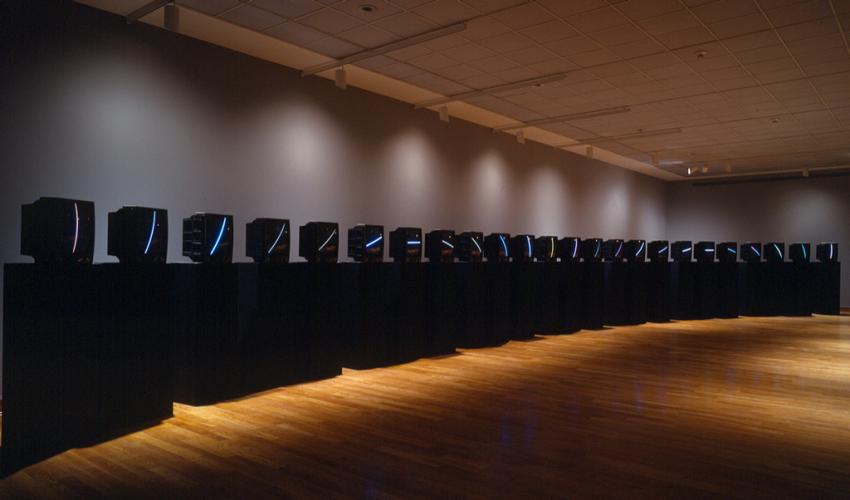 wild Up is a modern music collective; an adventurous chamber orchestra; a Los Angeles-based group of musicians committed to creating visceral, thought-provoking happenings. wild Up believes that music is a catalyst for shared experiences, and that a concert venue is a place to challenge, excite and ignite a community of listeners.

wild Up has been called “Best in Classical Music 2015” and “…a raucous, grungy, irresistibly exuberant…fun-loving, exceptionally virtuosic family” by Zachary Woolfe of the New York Times, “Searing. Penetrating. And thrilling” by Fred Child of Performance Today and “Magnificent” by Mark Swed of the Los Angeles Times. Over the last eight years, wild Up has collaborated with orchestras, rock bands and cultural institutions around the world.

Integral to the fabric of classical music and contemporary art in L.A. and the U.S., wild Up has premiered new operas with Julia Holter, David Lang and Mark Dion; created a concert for elephants with Allora and Calzadilla; improvised with Steve Coleman; played with San Fermin under the skeleton of a T-Rex at the LA Natural History Museum and with Bjork headlining FYF 2017; played live to film with Mica Levi of Micachu and the Shapes, Jon Brion, and Joanna Newsom.

Andrew McIntosh is an internationally recognized composer and performer who teaches at the California Institute of the Arts, is a co-founder of the experimentally-minded Formalist Quartet, and co-directs Populist Records, a label dedicated to new music from Southern California. His musical interests cover a broad spectrum including historical performance practice, improvisation, microtonal tuning systems, long-form works, and the 20th-century avante-garde. He holds degrees in violin performance, composition, and early music performance from the University of Nevada, Reno, CalArts, and the University of Southern California, and principal teachers included Phillip Ruder, Martin Chalifour, Mark Menzies, Lorenz Gamma, Sue Feldman, Marc Sabat, and Wolfgang von Schweinitz.