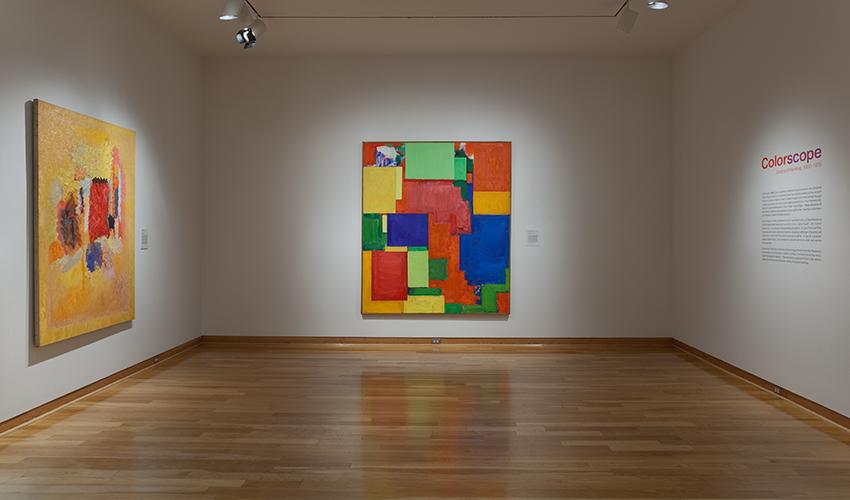 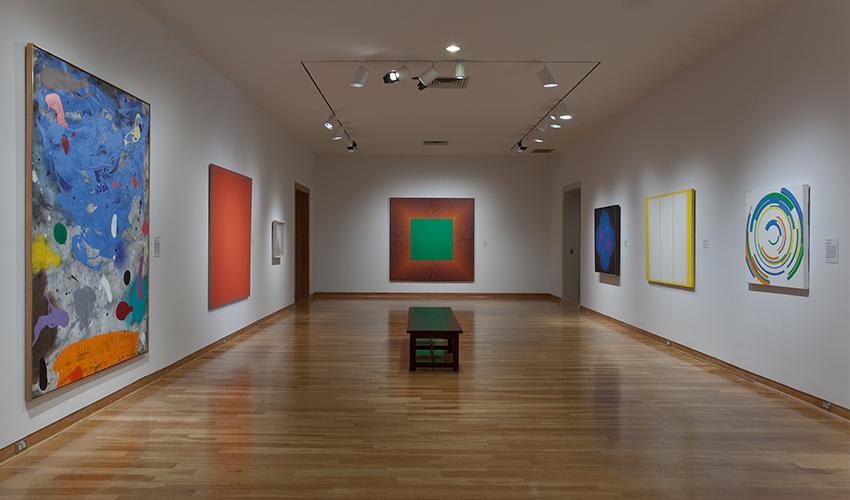 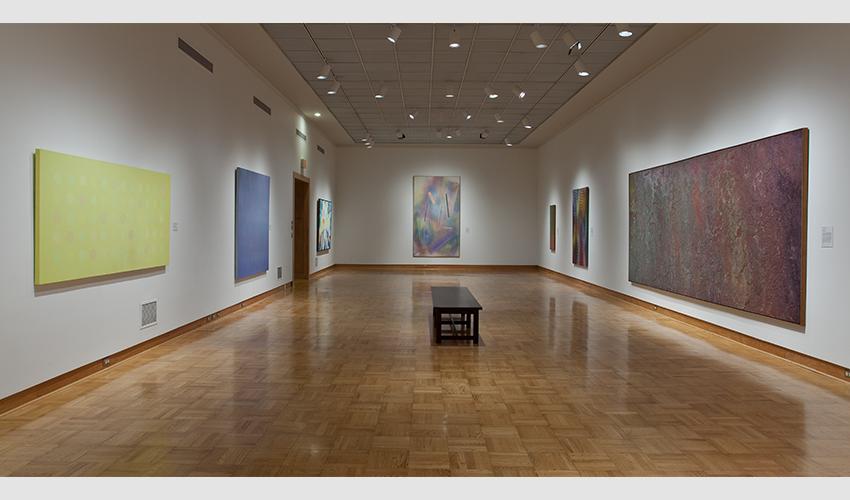 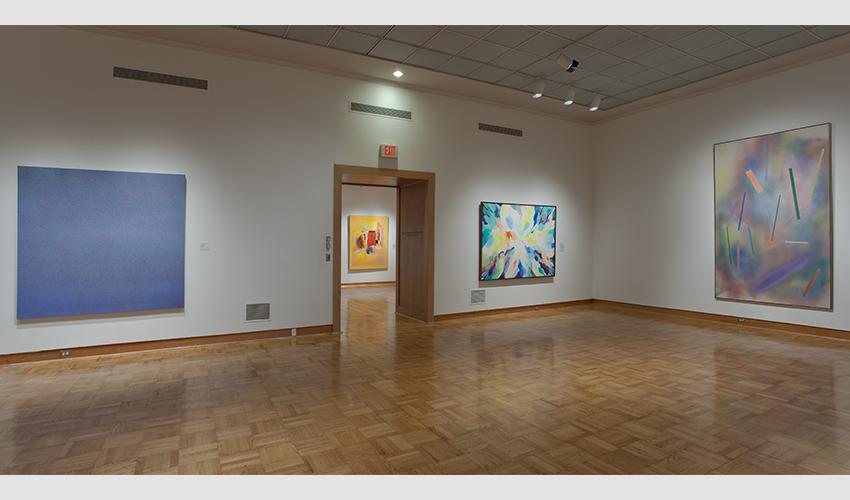 In the early 1960s, the popularity of Abstract Expressionism—the influential mid-century movement initiated by New York School artists such as Jackson Pollock—waned in favor of new modes of abstraction that arrived through a rapid succession of museum and gallery exhibitions.  Post-Painterly Abstraction, Lyrical Abstraction, Color Field, Hard-Edge—these are some of the names of factions that developed during this time.  Central to all of them is one factor—a fresh emphasis on color.

Color began to take precedence over expressionistic surface texture, as bold brushstrokes gave way to a distinctively lighter touch—as in Lyrical Abstraction—or became imperceptible altogether.  In Color Field painting, hues became more varied and intense, adopting a stronger character and hovering in forms that they alone seemed to define.  In Op Art, a popular sister to Hard-Edge, color worked in concert with line to alter one’s sense of perception.

Colorscope featured a selection of paintings primarily from the Museum’s permanent collection and a variety of artists, from prominent figures to under-recognized talents.  Their varied explorations of color remain highly influential to the continued vitality of abstract painting.