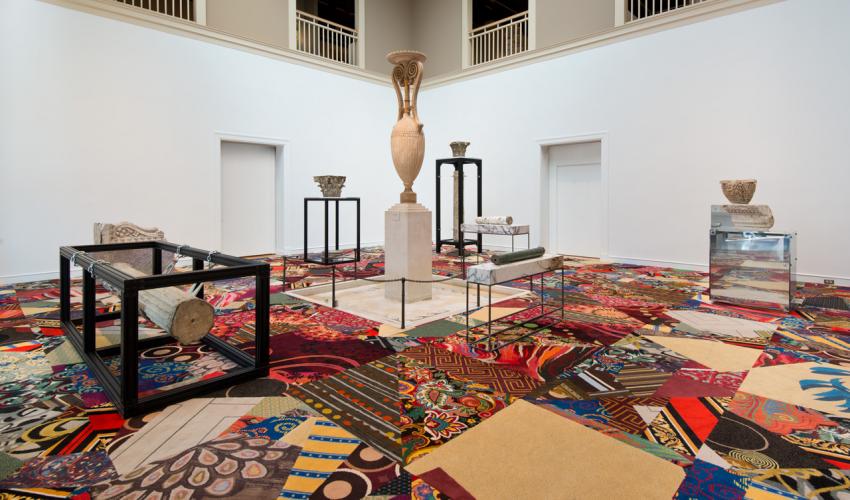 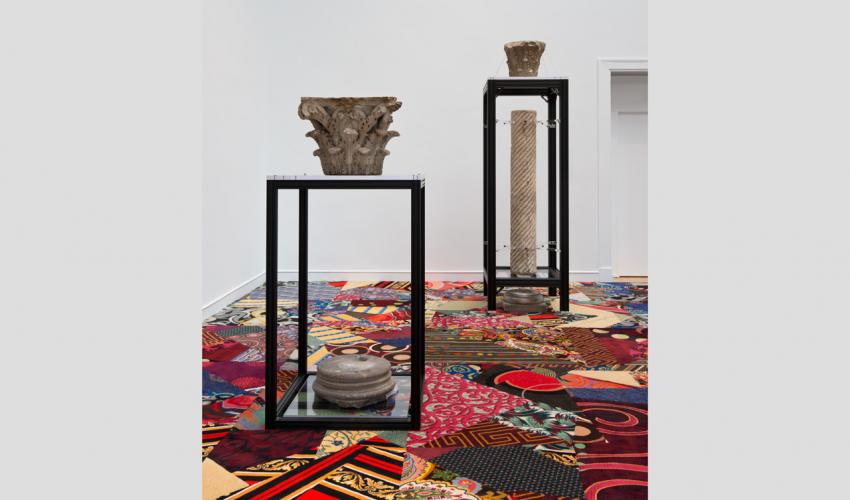 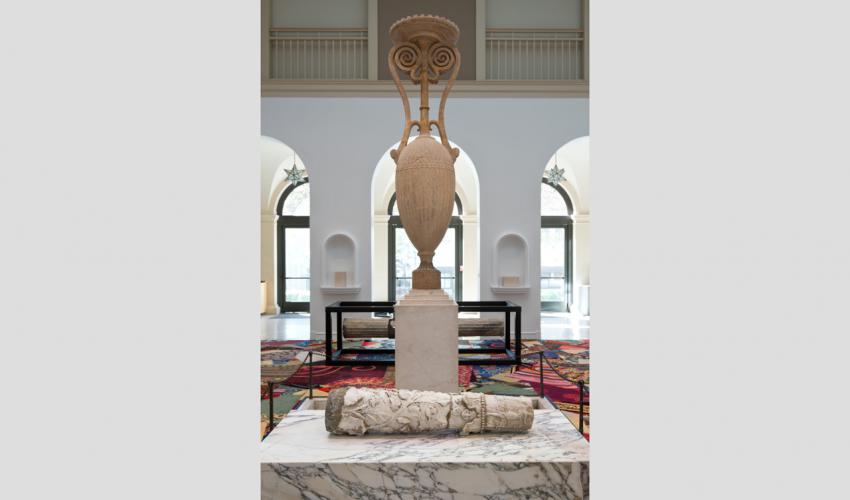 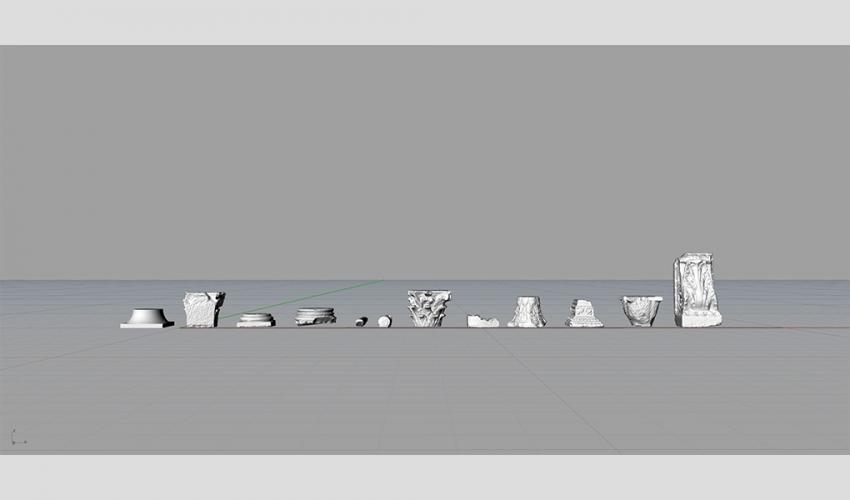 TITLE: The Order of None

The foundations of Cayetano Ferrer’s sculptures and installations involve notions surrounding the remnant. Starting with a fragment—an ancient textile, a found piece of carved wood, a section of marble, or even an Art Deco-era ashtray removed from a casino lobby—the artist utilizes an array of technological methods to incorporate such objects into the larger scheme of his imagination. His work renders the obsolete and defunct both current and functional while also establishing entirely new values and contexts for objects that are most often overlooked.

In the second presentation of the Museum’s series, Interventions—whereby an artist is invited to work within the context of the Museum’s permanent collection—Ferrer will create an installation of recent work and works  created specifically for SBMA’s historic Ludington Court. Taking advantage of the empty space [the classical Greek and Roman figures from the Wright Ludington Collection have been temporarily moved off-site to prepare for SBMA’s forthcoming renovation], Ferrer will install existing and specially fabricated works that interact with not only the surrounding space but also rarely displayed objects from the museum vaults. The objects Ferrer selected for his installation are classical stone and marble architectural fragments, including Roman columns, capitals, and other embellishments dating from the First Century CE, related to the well-known antiquities customarily on view in Ludington Court, but considered unworthy of permanent display. By highlighting these objects, the artist not only advances his own ongoing investigations into the concept of remnants, but also calls upon the audience as well as the Museum to consider them in unconventional ways.

A prominent feature of the exhibition is Remnant Recomposition (2014), a sprawling carpet comprised of spliced and re-configured pieces installed flush, or wall-to-wall, over the floor. The fragments here derive from industrially manufactured carpets from the Bellagio, Palms and other casinos; embellished with mutated, oversized Greek and Egyptian motifs in brash colors. Placed within the context of Ludington Court, this carpet montage provokes comparisons between the realms of the museum and the casino: not just “high” art versus “low” art, but also, more subversively, other concepts ranging from illusion to economics. Representing a massive collage or mosaic unto itself, this work also serves as a platform for the custom-designed “pedestals” or sculptures that Ferrer has created to support and re-envision the museum’s Greco-Roman fragments.

Interventions: Cayetano Ferrer critiques not just the display of but also the continued resonance of works from the “classical” era. Conversant in many forms of architecture and design, Ferrer’s work operates just as successfully in the realm of conceptual art as it does in the arenas of fantasy architecture and museum conservation. Through this project, he expands his ongoing exploration of both fact, fiction, and the limits of perception pertaining to not only the history of objects, but also to the complex history of the Museum.  As such it is a most fitting exhibition for SBMA as it enters its 75th year of exhibitions in 2016.  The exhibition is organized by Julie Joyce, Curator of Contemporary Art, Santa Barbara Museum of Art.

Cayetano Ferrer was born in Hawaii in 1981 and currently lives in Los Angeles. He earned his BFA at the School of the Art Institute of Chicago and MFA at the University of Southern California. He was recently awarded a 2015 Art + Technology Lab grant from the Los Angeles County Museum of Art (LACMA).  The purpose of the Lab is to “nurture new work with financial and in-kind support for projects that engage emerging technology and contribute to a public dialogue about technology and culture.” Ferrer is also the recipient of the 2015 Faena Prize for the Arts provided by the Faena Art Center in Buenos Aires for his forthcoming project, Cinema Architecture. The award aims to “foster artistic experimentation, encourage crossover between disciplines, and promote new explorations of the links between art, technology, and design.”

Ferrer’s work was featured in a solo exhibition titled Composite Arcade at Chateau Shatto in Los Angeles (2014). Introducing “an environment that plays to the ambiguous yet heavily scripted sites of civic and fictional space,” the exhibition included a large video and sculpture installation and hybrid sculptures representing part fantasy and part elegy. The artist’s participation in recent group exhibitions include installations in Romancing the Fragment at the Hessel Museum of Art in New York (2015) and The St Petersburg Paradox at the Swiss Institute, New York (2014); a collaboration with artists, architects and musicians at Human Resources, Los Angeles under the moniker Downtown Light and Sound (2014); a room modeled on the spectacular pastiche of Las Vegas casino interiors for Made in LA (2012), and a billboard in Hollywood, displaying end credits for Hollywood itself. 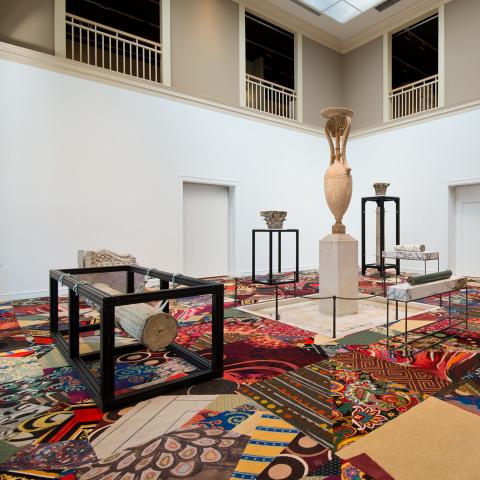 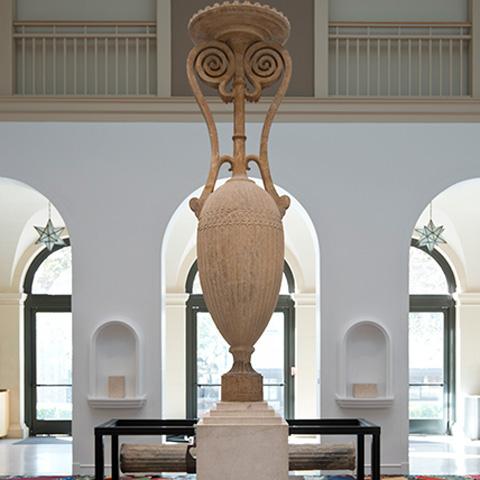