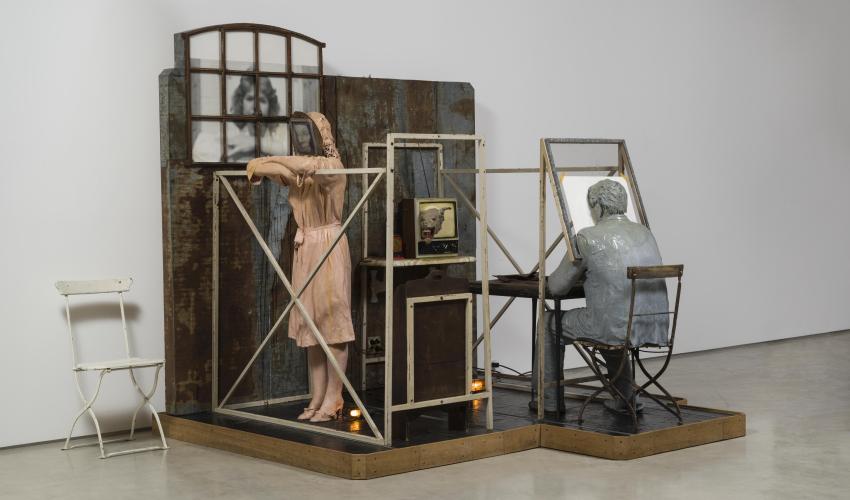 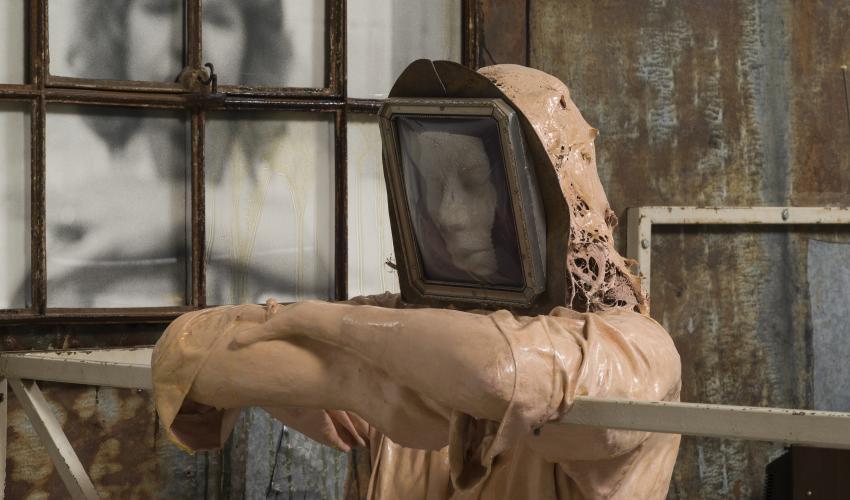 Edward & Nancy Reddin Kienholz, Bout Round Eleven (detail), 1982. Mixed media assemblage. Gift of private collection, Topanga, California SBMA.
Previous Next
This exhibition celebrates the recent gift of Edward & Nancy Reddin Kienholz’s Bout Round Eleven (1982). The sculpture is about a relationship that is past the point of fighting, having gone ten rounds. The woman stares into the distance, while the man is engrossed in television violence. Scenes from a Marriage brings together other works by Ed and Nancy to consider marriage, family, and sexuality to reflect on their artistic partnership, which began in 1972 shortly after they met and ended with his death in 1994. Nancy continued to make art until she died in 2019.
January 29, 2023 -
May 21, 2023
Share This