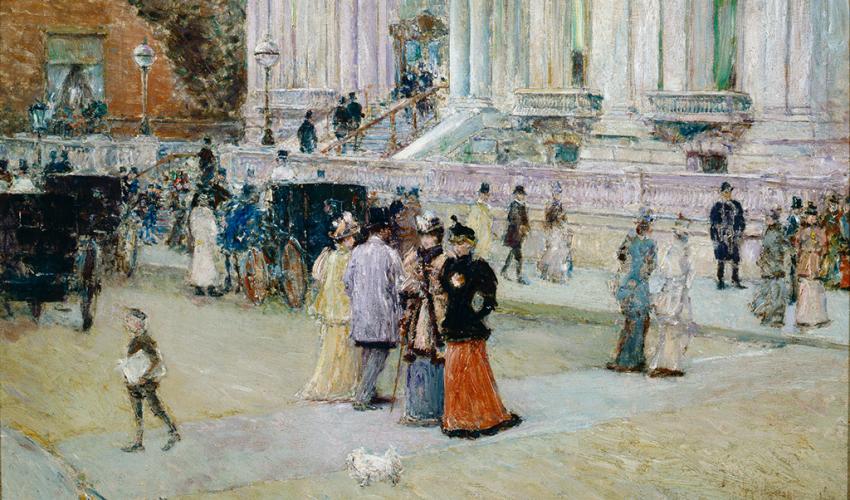 Between the 1830s and the end of the First World War, American art came into its own. From the majestic Hudson River School paintings of Thomas Cole, John Kensett, and Albert Bierstadt to the gritty urban realism of Robert Henri and John Sloan, this presentation draws on the rich holdings of American paintings and sculptures in the collection of the Santa Barbara Museum of Art. Organized by guest curator Peter John Brownlee, this selection highlights the maturation of a distinctly American idiom, one informed by international currents and engaged with capturing the fluxes of modern life. Masterpieces of landscape, genre, still-life, and portraiture, punctuated by a selection of sculptures, trace an evolution in style from an art driven by the mandates of westward expansion to one animated by experimentation. In both idealized and naturalistically rendered landscapes, in scenes of everyday life, or meticulously detailed images of everyday objects, the presentation also narrates an important chapter in American cultural history that witnessed the Civil War and its aftermath, the expansion of national boundaries and the closing of the western frontier, and the transformations wrought by the emergence of new technologies at the dawn of the 20th century.