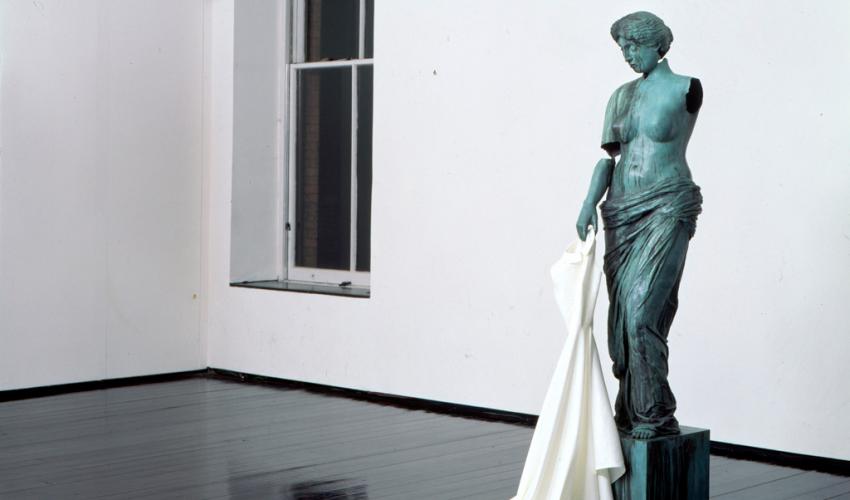 CREDIT: Judith Shea, 1991. Bronze with fabric. SBMA, Museum purchase with funds provided by Leatrice and Eli Luria and the Luria Foundation, Wendy and Elliot Friedman, and the 20th-Century Acquisition Fund

Inspired by an affirmation of the classical, employing the space that traditionally houses SBMA’s Wright Ludington/Lansdowne Collection of Greco-Roman antiquities (currently on view at the Getty Center), and extending the celebration of SBMA’s 75th anniversary, Judith Shea’s iconic Mid-Life Venus was recently installed in Ludington Court, where it will remain through winter. Shea's Venus is a direct reference to the famous ancient sculpture Venus de Milo, the famous ancient Greek sculpture in the collection of the Louvre. Unlike the classical statue, this figure is depicted as a bit older than usual—a victim of middle age, as its title humorously suggests. She also clutches a white dress, which cascades into fabric, terminating in the bolt from which the dress was cut. A multitude of associations are triggered by this work, perhaps strongest of all the persistence of the depiction of the nude female form and the many different ways such depictions may be understood as social attitudes continue to shift. 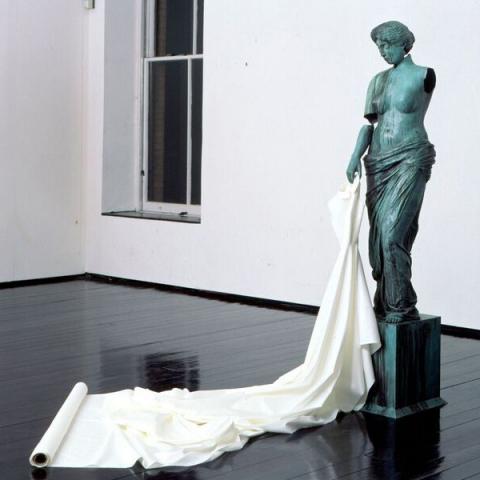