Yinka Shonibare, MBE: A Flying Machine for Every Man, Woman and Child and Other Astonishing Works 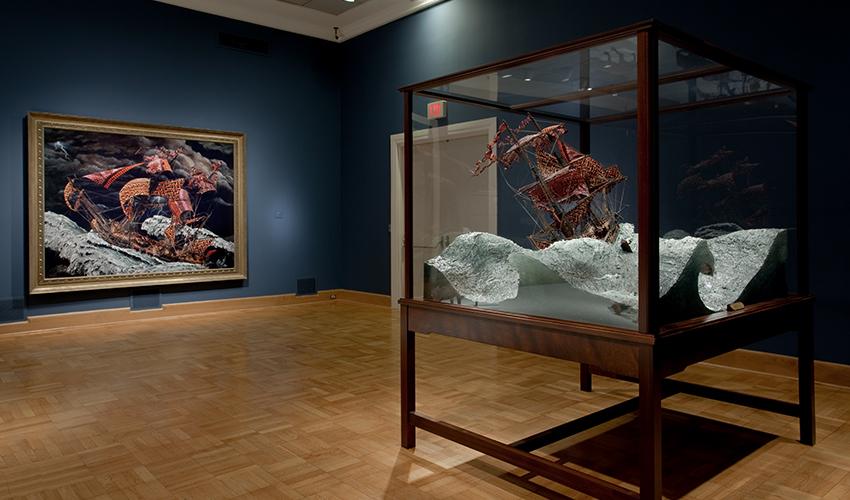 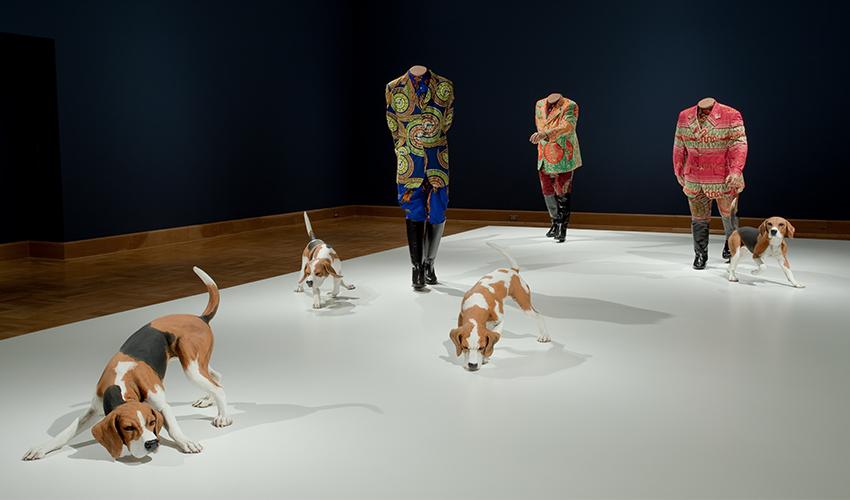 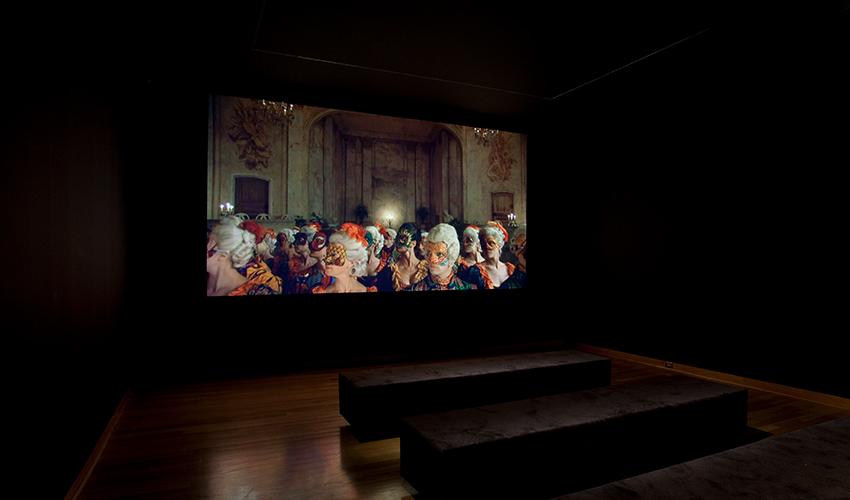 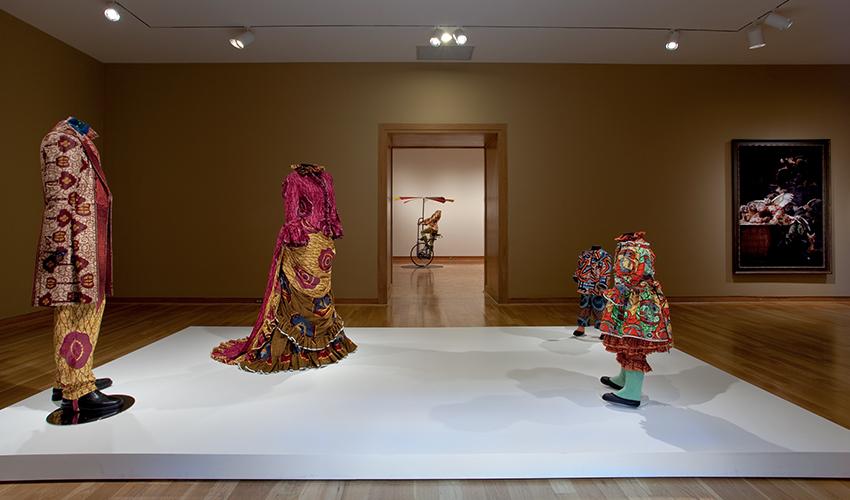 Born in London in 1962 to Nigerian parents, Yinka Shonibare, MBE (Member of the Order of the British Empire) is recognized internationally for his provocative sculptural installations, photographs and films that contrast African and European imagery and convention.  This exhibition represented the artist’s first solo exhibition in the western United States.  Commissioned by the Miami Art Museum, the exhibition featured the installation A Flying Machine for Every Man, Woman and Child (2008) that shows an idyllic family riding human-powered flying machines modeled after 19th century drawings – alluding to the continual freedom sought by emigrants and tourists alike. Also included was a selection of works from prominent West Coast collections, as well as several recent works that speak to cultural myths and misinterpretations of colonialism. Best known was the artist’s sculptural work, which presents headless mannequins clothed in Victorian era dress made from atypical fabrics—brightly colored, wax-printed cloths commonly identified as African batiks. Essential to the work’s meaning is the use of textiles strongly associated with Africa yet originally produced in Europe and sold to Africans by Dutch traders in the 19th century.

The exhibition was punctuated by the presentation of Shonibare’s first film, Un Ballo in Maschera (A Masked Ball), 2004, in which the artist continues his quest to question power in relation to race, gender, and history.  The film presents the assassination of King Gustav III of Sweden in 1792 through the medium of dance.  The characters don Shonibare’s trademark African batiks but remain ambiguous in identity and sometimes gender.

This exhibition was organized for the SBMA by Julie Joyce, Curator of Contemporary Art.  This exhibition was made possible through the generosity of the SBMA Women's Board, The Cheeryble Foundation, Alice Willfong, Anne and Houston Harte, and Elisabeth and Gregory Fowler.