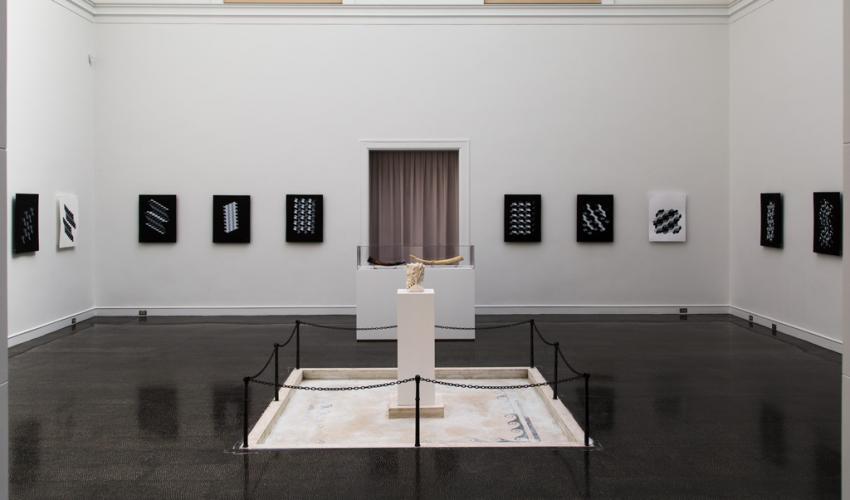 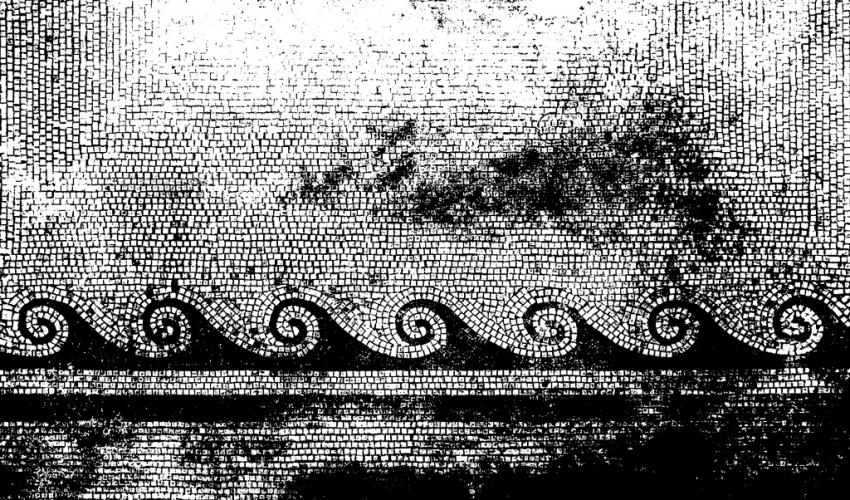 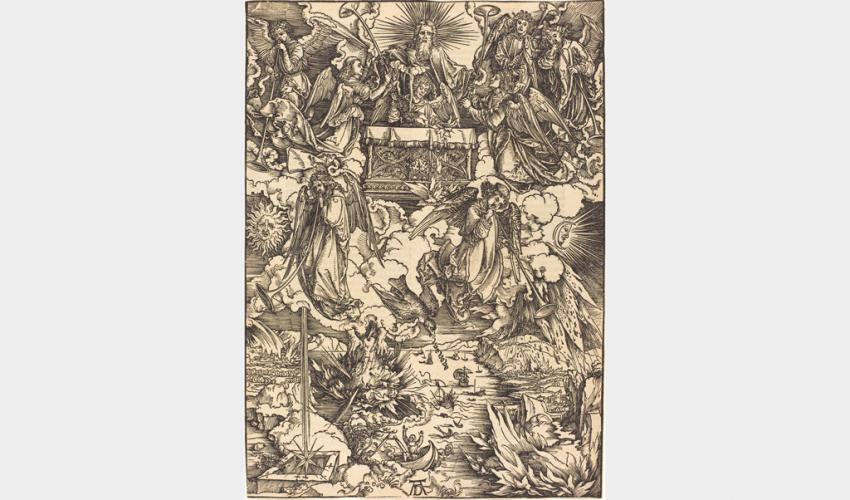 TITLE: The Seven Angels Sounding Trumpets from the Apocalypse 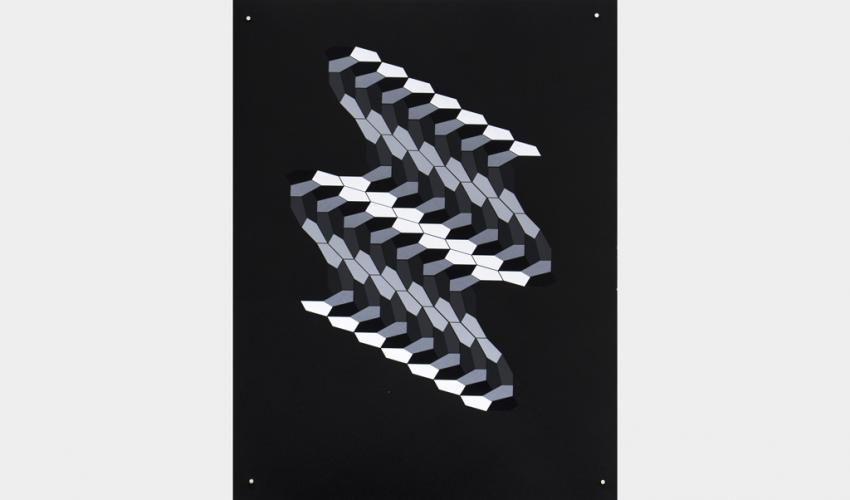 TITLE: On the Decomposition of Plane, Type 15

In this unique presentation, artist Jan Tichy (b. 1974, Czech, resides in Chicago) has devised a special installation in direct response to the Museum’s current position in its 75-year history―on the brink of a transformative renovation, with the vibration and sound of concrete demolition palpable. The Museum is typically celebrated for the art that it displays. But in the situation of systematic overhaul for renovation in which SBMA finds itself, suddenly many doors that are habitually open, must be closed. Tichy is known for his time-based video installations, which are typically motivated by a specific social and institutional situation. In this case, the institution of the Museum is at a turning point in its evolution. Working with SBMA curators and with full access to the Museum’s rich documentation, which has recently been organized and mostly digitized in anticipation of the Museum’s 75th-anniversary year now underway, Tichy has combined his own work with seven objects that he has plucked from the Museum’s vast permanent collection, including Albrecht Dürer’s canonical woodcut, The Seven Trumpets of the Apocalypse, dated to 1498. The result is a stunning, visually elegant and meaning-drenched special exhibition in the hallowed spaces of the original 1912 post office structure, which was later designated the Santa Barbara Museum of Art in 1941.

Tichy further interrelates the individual parts of the installation through a time-based video projection on view in Von Romberg Gallery, inspired by the motif found in the impluvium of Ludington court (a vestige of the 1941 redesign of the original post office), which casts three works of art from the permanent collection (a bronze statue by American artist, Charles Niehaus and two gelatin silver prints by Ansel Adams) in relative illumination and obscurity through a digital chiaroscuro (an art historical term that alludes to the play of light and shadow in Baroque painting) to adumbrate the organic genesis of the Museum’s permanent collection with shifts in taste and value. In sum, the installation is a response to the struggle to preserve cultural representation through the repository of the art museum, even as it must respond to the ever present natural forces that threaten it, whether water, fire, or the violent seismic events that have decimated whole cities, including our own, in the past 100 years.

Jan Tichy is a contemporary artist and educator. Working at the intersection of video, sculpture, architecture, and photography, his conceptual work is socially and politically engaged. Born in Prague in 1974, Tichy studied art in Israel before earning his MFA from the School of the Art Institute of Chicago, where he is now Assistant Professor at the Department of Photography. His recent work includes a long-term, NEA supported community project in Gary, IN, called the Heat Light Water Project. Seven Doors is Tichy’s first solo exhibition on the West coast.