On the Road Again: Japan’s Tōkaidō in Prints and Paintings 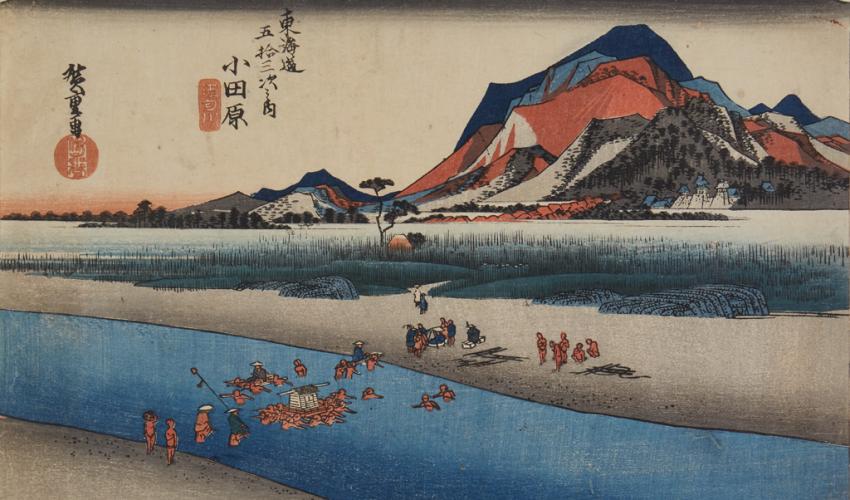 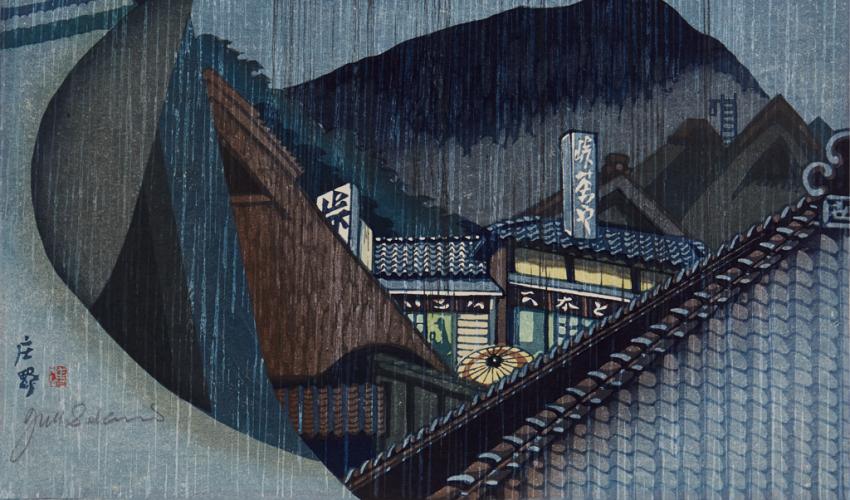 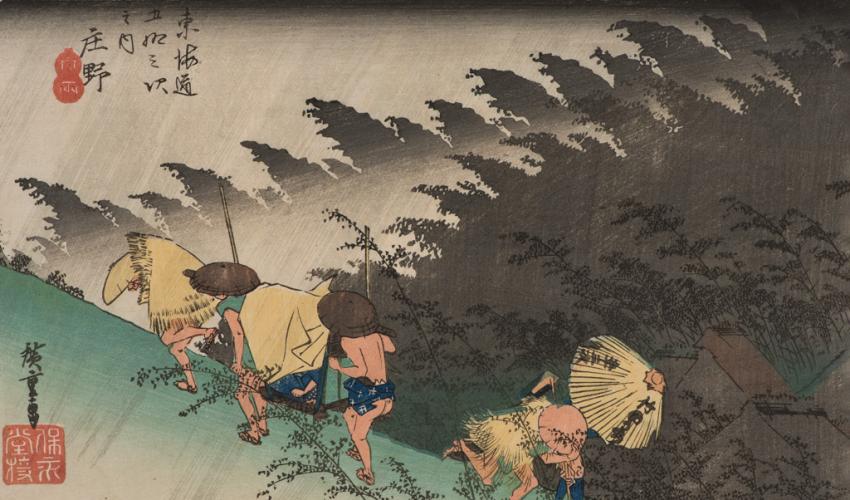 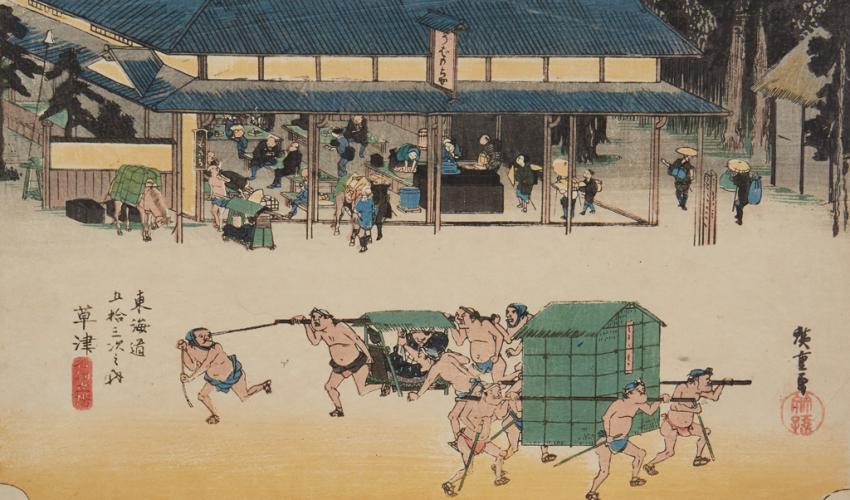 This exhibition showcases a rare surviving set of the Comic Picture Scroll of the 53 Stations of the Tōkaidō, painted in 1921 by eighteen manga (“comic pictures”) artists from the newly formed Tokyo Manga Association, along with selected woodblock prints by Utagawa Hiroshige (1797–1858),  the greatest landscape print artist of the ukiyo-e (floating world picture) tradition who memorialized the great highway.  Drawn from the Museum's permanent collection and augmented with loans from local collectors, the installation also includes three woodblock prints by the post-war artist Sekino Jun’ichirō (1914–1988) whose Stations of the Tōkaidō series, creatively echoed some of Hiroshige’s memorable images, a further testament to the legacy of Hiroshige and Japanese artists’ continued romance with this famed road.