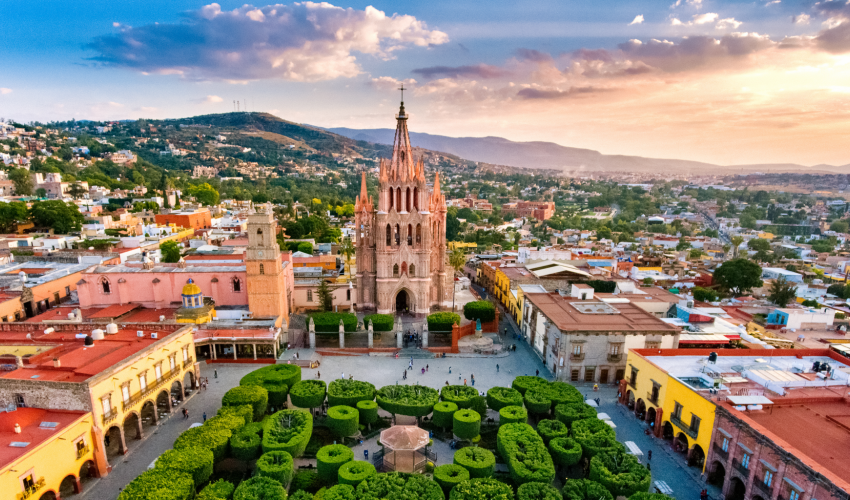 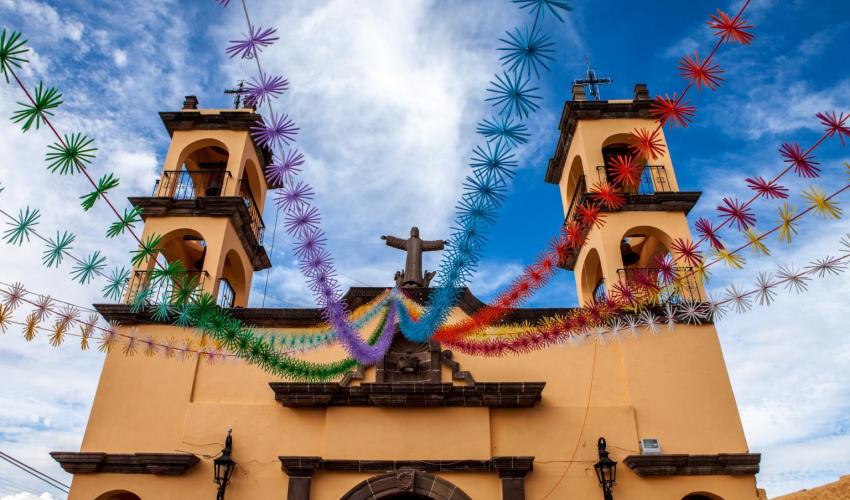 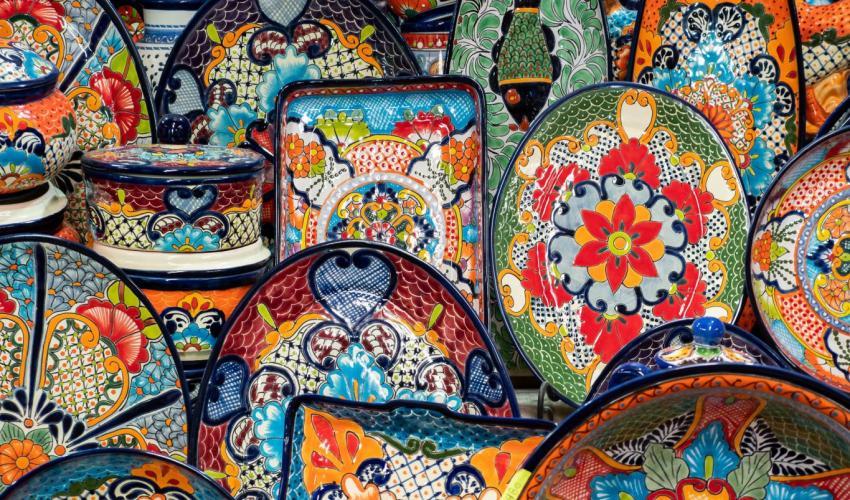 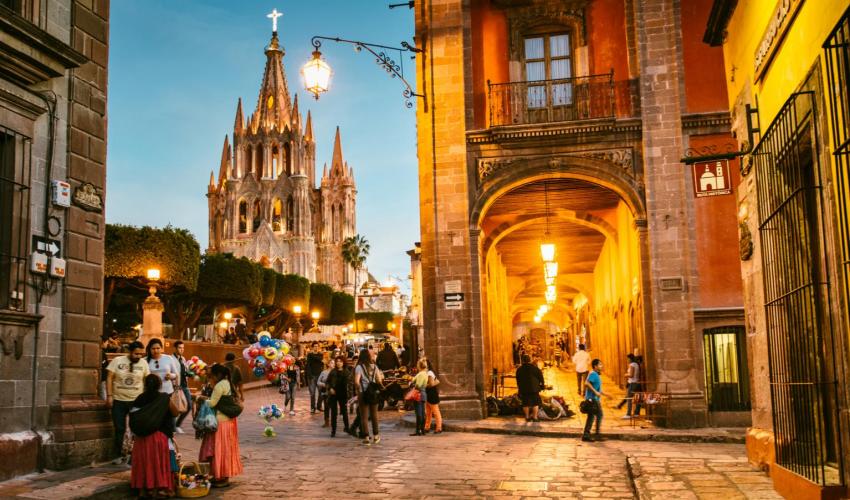 Evening in the Town Square

Previous Next
February 12 - 17, 2023
$3,620 per person, double occupancy, plus museum donation
Get the Brochure
Request Information

A walk through the beloved city of San Miguel de Allende, tucked high in the hills of Mexico's central highlands, reveals why a mix of artists and art aficionados from Mexico and around the world, as well as a large community of expatriates, have decided to make it their home:  wrought iron gates lead to colorful gardens, ornate colonial churches line the cobblestone streets, apartment doors seem to pose for photographs and tree-filled plazas beckon.  The colonial town was named by Condé Nast Traveler readers as the best city in the world due to its ambiance and culture, history and romance, and the lack of street lights and billboards.

There is a particular charm to central Mexico’s colonial towns. Both San Miguel de Allende and Guanajuato are rich with Renaissance, Baroque, and Moorish architecture created during three hundred years of Spanish rule.  During the colonial period they became major centers of art and architecture, with a proliferation of churches, monasteries and elegant private residences.  Sustained by the wealth from silver mines and agriculture, these cities experienced a renaissance in the arts as builders, artisans and artists expressed themselves in a burst of aesthetic exuberance.  Each city became cultural centers, UNESCO World Heritage sites, and a work of art in itself, their plazas surrounded by buildings that symbolize great civic pride.

The tour will be based at the Rosewood San Miguel de Allende for five nights. A favorite hotel of past SBMA travelers, the property constantly wins awards including the #1 hotel in Mexico by Condé Nast Traveler’s readers.  Laid out like a classic Mexican hacienda peppered with fountains and ornately tiled ponds, the enchanting sanctuary rises among the surrounding colonial architecture and cobblestone lanes of San Miguel de Allende.

This tour is full. Please email travel@sbma.net to join the wait list. 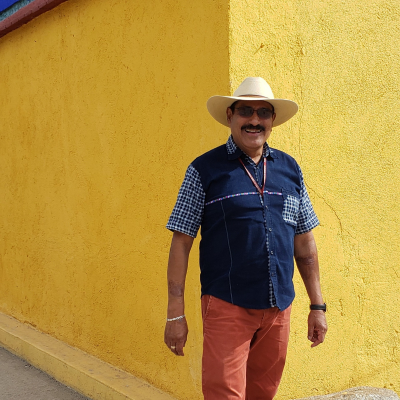 Florencio Moreno has led over 20 tours for the Santa Barbara Museum of Art and is unquestionably one of SBMA’s favorite guides and scholars. A cultural anthropologist, historian, and captivating storyteller, he has an innate ability to bring the history and legends of Mexico’s vibrant past to life. He graduated from the Universidad Autonoma Metropolitana (UAM) in Mexico City with a degree in Cultural Geography and a Masters in Colonial Iconography and Iconology, as well as Astro-archaeology. As a member of the Astronomical Society of Oaxaca, Florencio teaches at local schools and also lectures within and outside of Mexico on Meso-American and Mexican anthropology and history. He is a native of Oaxaca and fluent in English, French, Spanish, and Zapotec. His broad knowledge and expertise of colonial iconography, history and archeology, as well as his affable personality make him a favorite tour guide-lecturer of Santa Barbara Museum of Art travelers. He lives in Oaxaca and has two sons.

February 12 - 17, 2023
$3,620 per person, double occupancy, plus museum donation
Get the Brochure
Request Information