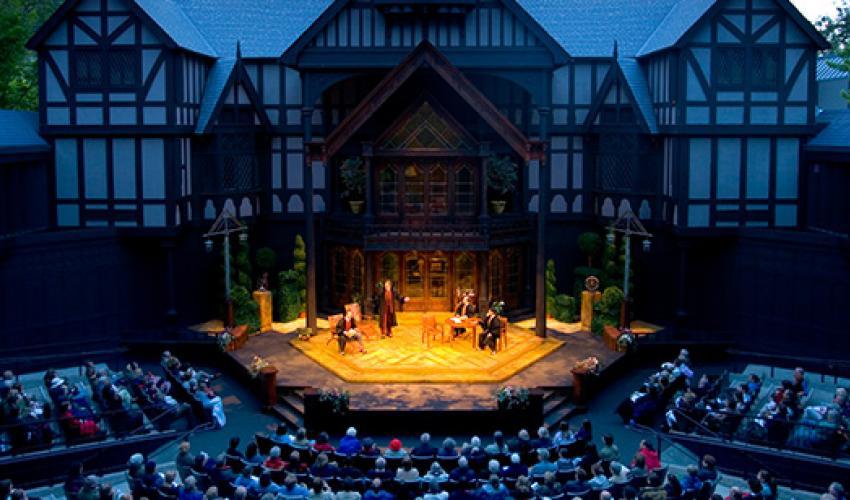 “All the world’s a stage!” – And nothing illustrates that better than the offerings at the Oregon Shakespeare Festival in picturesque Ashland, Oregon. Witness an unscrupulous king fight to stay in power at all costs, follow an enslaved woman as she spies for the Union army, and compare two stories of shipwreck survivors whose fates will be determined by the whim of four Gods and a little magic.

Set among the rolling hills of southern Oregon, the award-winning Oregon Shakespeare Festival (OSF) is celebrating its 87th year as the preeminent repertory theater company in the United States, while SBMA Travel is celebrating its 6th time offering this OSF program to its Members. The festival showcases both Shakespearian and contemporary plays, including world premiere productions. The program includes five plays in premium seats, four talks, a Campus Tour, four hotel nights, some meals, and a pre-tour gathering in Santa Barbara prior to departure with Libby Appel, OSF Artistic Director Emerita.

To reserve space, complete form at the end of brochure (click link "Get the Brochure" to the right.)