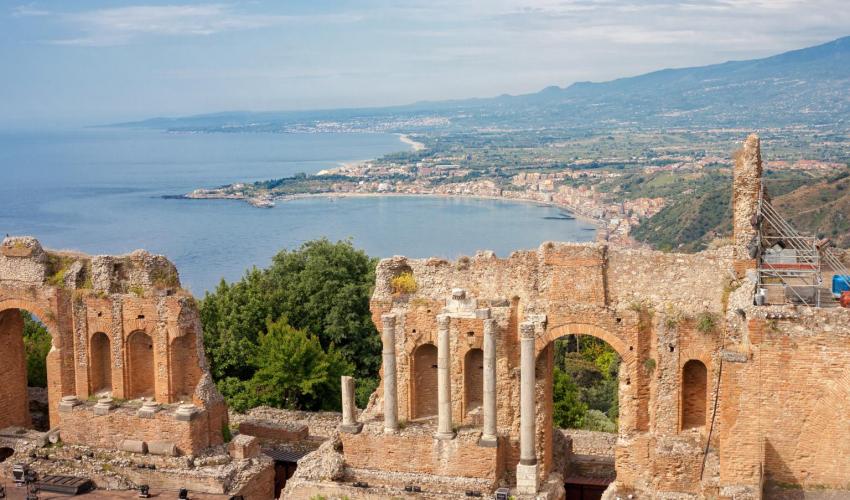 Spend eight nights at two hotels on the island of Sicily and explore this “crossroads of the Mediterranean”.  Sicily, the largest island in the Mediterranean, has been sought after and fought over for nearly three millennia while ruled in turn by Greeks, Romans, Carthaginians, Byzantines, Arabs, and Normans, followed by the Spanish and the Bourbons, until finally becoming part of a unified Italy in the 19th century. This culturally diverse past has left a deep imprint on Sicilian architecture and gardens, and has enriched the culture of this ever fascinating island and its exuberant people and cuisine. The best Greek temples in the world are in Sicily and some of the greatest Roman ruins, such as the mosaics at Piazza Armerina, are in Sicily. Tour highlights include Palermo’s Palatine Chapel; Monreale’s stunning cathedral; the Roman Villa of Casale at Piazza Armerina; and fascinating salt mines near Agrigento; the Greek temples of Agrigento. During your stay along Taormina’s beach, take the cable car to visit the upper village and the famed Greek Theater. In the ancient Greek town of Syracuse, once a strong rival of Athens, tour the Old Town of Ortygia and the archaeological park with a Greek theater and Roman amphitheater with perfect acoustics.  The tour is accompanied by Allan Langdale, an art and architectural historian, filmmaker, photographer, and travel writer who received his Ph.D. in art history from UC Santa Barbara. Allan has taught courses in Italian Renaissance art, Byzantine art, East Indian art, and Islamic art and currently teaches art history at UC Santa Cruz and film studies at UC Santa Barbara.  Allan’s most recent book is Palermo: Travels in the City of Happiness (2015) and there is no better person to speak on Palermo’s highlights. $4,490 until March 6, 2018 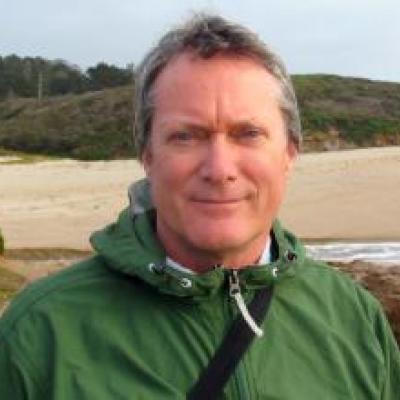 Allan Langdale is an art and architectural historian, filmmaker, photographer and writer who received his Ph.D. in art history from UC Santa Barbara.

Click the link to listen to Dr. Langdale on Elizabeth Stewart's Arts & Antiques Radio Show on KZSB AM 1290 Santa Barbara.