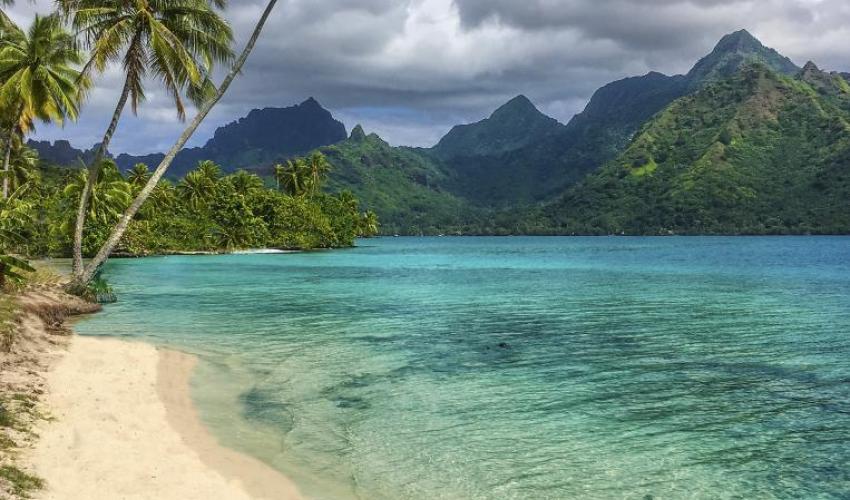 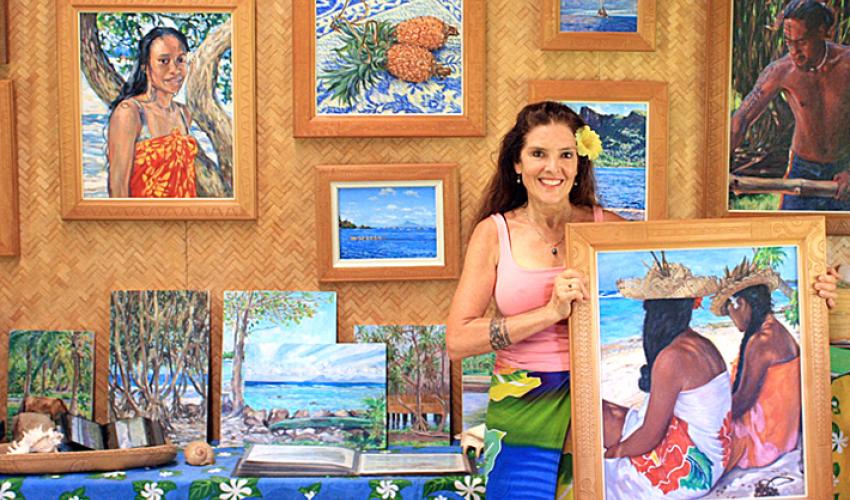 Artist Melanie Shook-Duprés, who will give our group a special lecture on the artists who have been inspired by French Polynesia, followed by a visit to her home and gallery on the island of Huahine 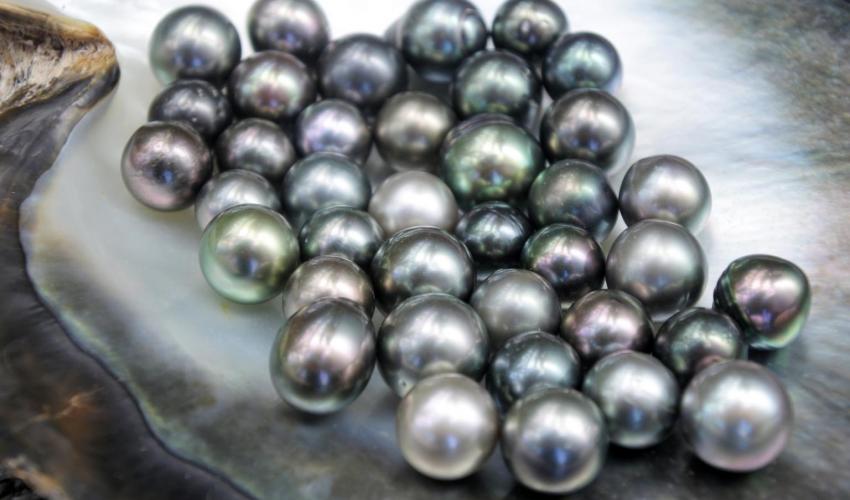 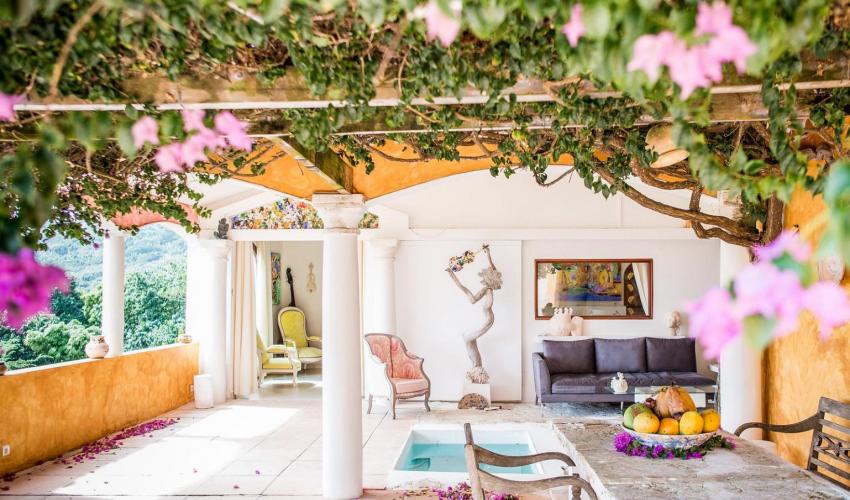 The home and studio of artist Garrick Yrondi on the island of Bora Bora.

Breaking new ground in French Polynesia, this unique program combines the natural beauty of these islands with untapped treasures in the art world. Tahiti and the Society Islands have inspired generations of artists and writers like Herman Melville, James Michener, Henri Matisse, and of course, Paul Gauguin. Continuing the tradition are many talented living artists tucked away on remote islands and a new generation of emerging art students, who are exploring their identities in fascinating ways.

Scattered like emeralds across the turquoise waters of the South Pacific, the islands and atolls of French Polynesia are unmatched in their allure. With hotel nights in Papeete before and after the cruise plus seven nights aboard the award-winning luxury small ship, Paul Gauguin, approach the islands by sea as Polynesian voyagers did two millennia ago and European explorers like Cook, Wallis, and Bougainville later did in the 18th century. There is no means of transport more perfect than the Paul Gauguin for visiting the five islands of Tahiti, Bora Bora, Moorea, Taha’a, and Huahine. Today Tahitians retain many of their age-old ways through their language, dances, food, and activities such as outrigger canoe racing.

SBMA has designed an itinerary with a variety of visits to places that few know exist, a rare glimpse at the culture through the eyes of present and past artists, and optional active adventures. Visit ancient temples, private homes, artist studios, a cultural center and the Gump Research Station, pearl and vanilla farms. See dance performances, hear music, enjoy star-gazing, and take advantage of options for lagoon snorkeling, paddling, and relaxing on a motu, or small island.

SBMA LECTURER:  Nigel McGilchrist
Art Historian and favorite SBMA tour study leader, Nigel McGilchrist will give four lectures on board exclusively for our SBMA group on the following topics:

Nigel McGilchrist was born in Scotland, educated in England, and for the past thirty years has lived and worked in Italy, Greece and Turkey. He studied first at Winchester College in England, and then at Oxford University where he took First Class Honors and three University prizes and medals in English and in Art History. He lectures widely on art and archeology at museums and institutions in Europe and the U.S. Nigel is widely known as SBMA travelers’ favorite study leader. His ability to interpret and disseminate information spellbinds and fascinates his fans. He was introduced to the Santa Barbara Museum of Art by his friend Pico Iyer, with whom he studied at Oxford. Pico likes to say that his former classmate at Oxford was "by far the most brilliant of them all.”  Nigel has since led several very popular trips for the Museum and has become a treasured friend to the Museum and its Members.

SBMA TOUR MANAGER/LOCAL GUIDE:  Ra'i Chaze
Ra'i Chaze was born and raised in Tahiti, French Polynesia but left to pursue studies in literature in California, France, Brazil, and Asia. Rai is a free-lance fashion photographer, author of 19 books on Polynesian culture, and of several collective works published in Hawai’i, Morocco, Canada, New-Zealand, Fiji, France and New-Caledonia. For the last ten years, Rai has been writing for Air Tahiti Nui’s in-flight magazines from her home in French Polynesia. She is most excited when personally sharing her culture and beauty of her island home with travelers from around the world. Throughout the tour, Rai will share about the history, art, and culture of French Polynesia through discussions on topics including the use of natural resources in daily life, migration, religion, government, royalty, and a comparison of the art of ancient times with that of the 20th century and the artists of today.

As an SBMA-customized, SBMA-exclusive special tour, SBMA Members at the $500 level and above and Curatorial Support Group members will get advanced notice and the first opportunity to sign up, followed by the Early Interest List, then full SBMA Membership if it has not already been filled.

NOTE THIS TOUR WAS CANCELED DUE TO THE COVID-19 PANDEMIC