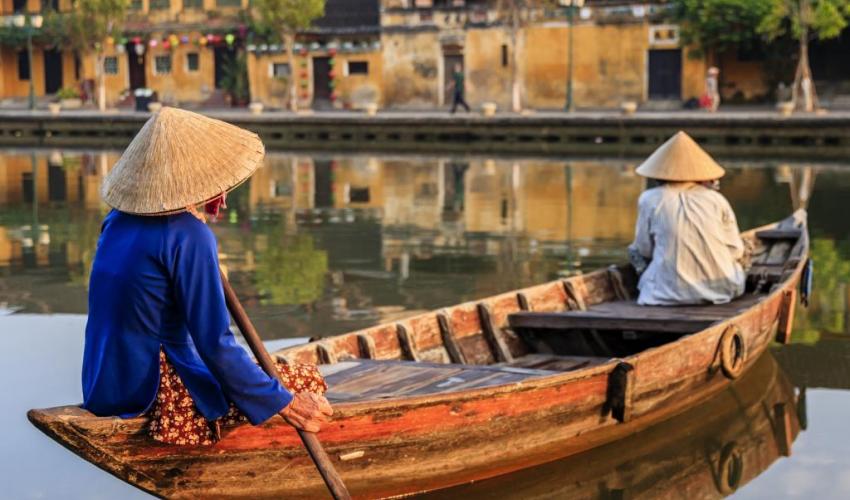 Two women in a boat in Vietnam 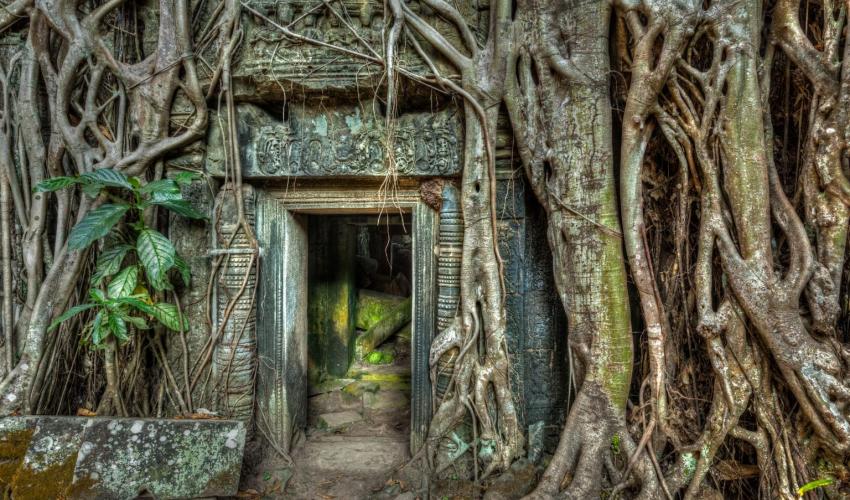 Saigon Suite on the Mekong Princess

Join SBMA and our cosponsoring organization, the Archaeological Institute of America (AIA), for a Mekong voyage through Vietnam and Cambodia on an itinerary rich with art, temples, artisans, floating villages, and an incredibly deep history.

Begin with two nights in Ho Chi Minh City, still known by many as Saigon, at the Park Hyatt Saigon, considered the city’s top hotel with an ideal location on the central square. Renovated in 2015, it exudes a quiet elegance and old world charm of a bygone era, expertly balanced with modern luxury. Learn about the city’s history during a driving tour, visit the Cu Chi Tunnels with a local expert, and explore Ben Thanh Market.

Embark on a seven-night Mekong River cruise aboard the luxury riverboat Mekong Princess, which has only 14 suites for a maximum of 24 travelers from SBMA and AIA. With an ultra-shallow draft, she allows access to remote nooks and crannies of the river. Visit magnificent Buddhist and Hindu temples, observe floating markets bursting with colorful produce, and delve into the everyday lives of those who call the Mekong River home. Along the way, enjoy an enriching series of presentations by Dr. Joyce C. White and local experts.

Conclude with three nights in Siem Reap to explore its remarkable temples and monuments, including those of Angkor Wat, one of the world’s most exquisite archaeological gems. Our hotel, the Raffles Grand Hotel d’Angkor, has been a cherished local landmark since it opened in 1932 and has welcomed the likes of Charlie Chaplin, Jacqueline Kennedy Onassis, Michelle Obama, and a growing list of others. Described by Phnom Penh Post as “La Grande Dame of Angkor” and “the last bastion of Cambodia’s Golden Age of Travel”, it retains its old-world French colonial charm with a refined elegance and luxury for the well-traveled guest seeking a memorable experience.
Don’t miss this opportunity to explore two remarkable Southeast Asian countries and the mighty river that connects them. If you would like to start your experience a little earlier, we will also offer an optional pre-tour extension to Hanoi and uniquely beautiful Ha Long Bay.
SBMA members will be joined by members of the Archaeological Institute of America. With a pent-up demand for travel and a guest capacity of only 24 aboard the Mekong Princess, the tour will surely fill quickly, so I encourage you to reserve your space today.
From $7,995 per person in double occupancy

STUDY LEADER:
Dr. Joyce C. White has worked in Southeast Asian archaeology since the mid-1970s and currently directs a field-based archaeological research program in Laos that focuses on the history and prehistory of the Mekong Basin. She is co-director of the Middle Mekong Archaeological Project (MMAP) and Director of the University of Pennsylvania Museum’s Ban Chiang Project. Since 1987 Dr. White has been a researcher and associate curator at the Penn Museum, and she is now adjunct Professor of Anthropology at the University of Pennsylvania. In 2013 she founded the Institute for Southeast Asian Archaeology (ISEAA), where she is currently its Executive Director.